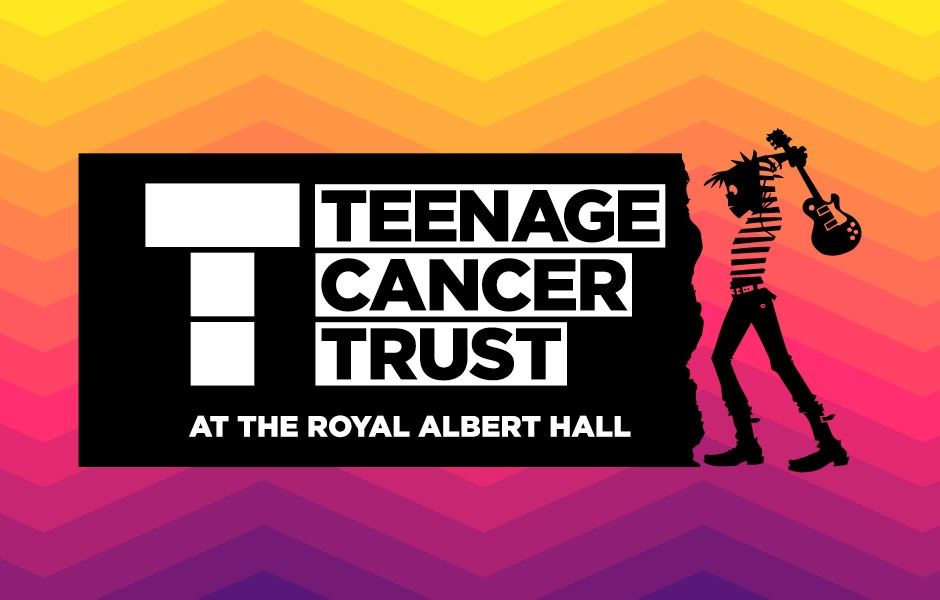 The Who
Saturday 28th March

Tickets go on sale Friday 21st February at 9:30AM

John Bishop will be on hand to provide all the laughter during this year’s comedy gig. One of the UK’s biggest names in comedy, Bishop has achieved huge success with a number of comedy and documentary shows that have been broadcast across BBC One, ITV and Sky1. His best-known shows include ‘John Bishop’s Only Joking’, ‘The John Bishop Show’ (BBC1) and ‘John Bishop: In Conversation With…’. John has headlined numerous sell out UK arena tours. His 2015 tour, ‘Supersonic’ was watched by more than 500,000 people. His show at the Royal Albert Hall was recorded for release and became the fastest selling stand-up DVD in UK history.

The Who’s headline slot this year is certainly one for the books as they played the very first Teenage Cancer Trust show back in 2000 - marking one of the first times they had played together in over 15 years.

With over 100 million records sold in a career that spans across five decades, The Who are widely considered to be one of the most influential and important bands of the 20th century. Emerging as one of the frontrunners during the British Invasion of the 1960s, they quickly became one of Britain’s most exciting prospects, searing a new template for rock, punk, and everything after. The band’s magnum opus ‘Tommy’ has regularly been named as one of the most significant releases in the history of rock, with the album later being developed into a feature film, pioneering the ‘rock opera’.

Across their career, The Who have played over 2000 shows, gracing some of the world’s greatest stages including Woodstock, Monterey, Glastonbury, Hyde Park, Live Aid, The Superbowl and even the 2012 Olympics. Infamous for their lively performances, Rolling Stone magazine named the guitar-smashing incident at the Railway Hotel in 1964 as one of the "50 Moments That Changed the History of Rock 'n' Roll".

“When we were asked to play the first Teenage Cancer Trust concert back in 2000, we would never have dreamed that we’d be headlining again in 2020…or could have possibly imagined the huge difference these shows would have for the charity and, on the lives of thousands of teenagers and young people with cancer.

“All the acts have given up their time for free, and this year the artists are absolute legends. It’s also incredible to have three artists who were at the very first gig – Kelly Jones, Paul Weller and Noel Gallagher - join us as headliners in our 20th year.

“It is an honour to be a patron of this charity, and to have helped raised millions that have paid for Teenage Cancer Trust nurses, support teams and special hospital wards right across the UK.

“I’d like to dedicate this 20th anniversary gig to the incredible people who care for young people with cancer each and every day.”

Before Teenage Cancer Trust was established in 1990 there was no specialist cancer care for teenagers and young adults.   Those aged 13-24 were being treated on adult wards, or in children’s wards, and this could cause additional stress and trauma. Many felt alone and isolated, as it was likely they’d never meet another person their age with cancer.

As Teenage Cancer Trust celebrates 30 years, the charity is focused on driving up survival rates for young people with cancer, championing their needs to ensure they have equal access to vital care and expanding its own services to be there after treatment ends, as young people rebuild their lives after cancer.

“We’re so proud that The Who are playing this year, and to have the support of so many other amazing bands and artists for our 2020 shows.

“We can’t thank Roger enough for organising all of our gigs over the past 20 years and for his patronage of our charity. Thanks to his passion and dedication, Teenage Cancer Trust nurses and support teams have been able to help and guide young people with cancer through some of the toughest times imaginable.”

Around 100 young people who’ve been supported by Teenage Cancer Trust will enjoy the charity’s Ultimate Backstage Experience during the 2020 gig series.  Thanks to support from The Royal Albert Hall’s Education and Outreach Team, this will see them write and perform their own song, backed by a live band.  Then as part of an unforgettable night, the young people will meet with performing acts and appear on stage alongside Roger Daltrey, and other stars, to thank audiences for their support.

Tickets go on sale Friday 21st February at 9:30AM. For line-up and ticketing information visit:

Your ticket is not valid if offered for sale or resold unless it's through our official face value resale partner Twickets.