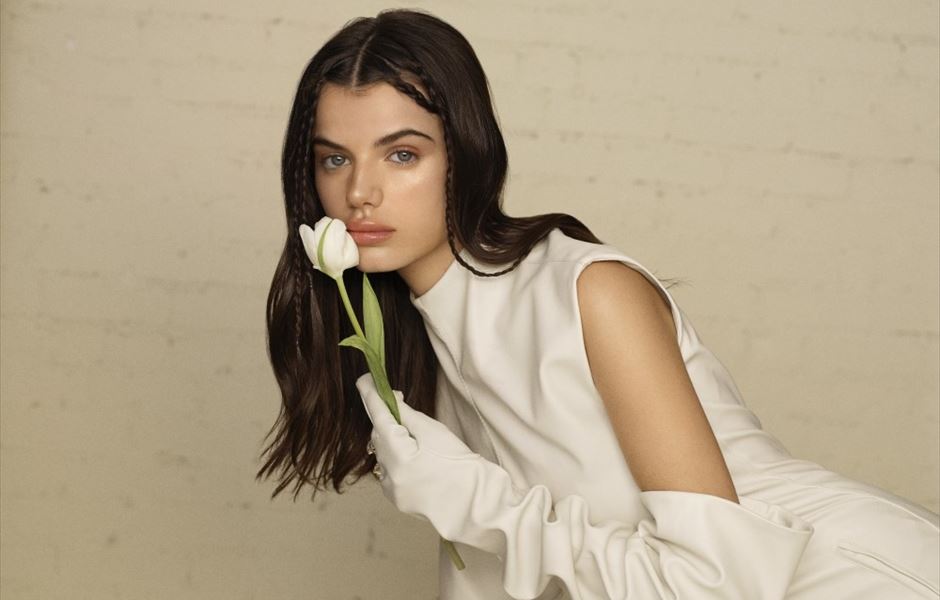 Attracting over 5 million streams and nearly 800K followers in under a year, SONIA elevates this yin and yang to the forefront on her self-titled 2019 debut EP and to celebrate, she’s heading to London, for a show at The Garage on Tuesday 10th December.

“I love the concept of duality, which reflects in my music through contrasting ideas in lyrics and sounds: darkness versus light, temptation versus virtue, angels versus demons” she affirms. “I don’t believe in having one side, one sound, or just one vision. Everything you do should be a collection of who you are as a person, that’s why my music is mysterious and ambivalent. It’s modern, but nostalgic. It’s joyful, but melancholic. My goal is to bring as many of these opposite feelings together without limits and create something personal that others can relate to.”

Hailing from Paris, Sonia came from a culturally and creatively diverse background, explaining “I always felt I was made up of different cultural identities, which was confusing but also very enriching.” Her father hailed from Tunisia in North Africa, while mom grew up in Poland. Both parents played music and worked in the entertainment industry as Sonia picked up piano at just five-years-old, learning the works of Bach and Chopin. Three years later, she became obsessed with a karaoke software on her computer and begged her parents to take singing lessons. She spent countless hours singing songs from Abba and The Beatles to Serge Gainsbourg and Jane Birkin.

Sonia devoted two years to writing and recording what would become the ‘SONIA’ EP. Hitting the studio with Daehler [The Weeknd, Halsey, Future] as executive producer, she also worked alongside the likes of Ben Billions [Ariana Grande, Nicki Minaj, G-Eazy], The ANMLS [Belly, TheWeeknd], Dayyon Alexander, J Moon, and more. Thematically and musically, she developed a clear and cohesive vision.

“It’s personal and mostly written out of experience growing up and going through ups and downs, joy and sorrow, happiness and heartbreak,” she explains. “The lyrics are dark and melancholic, because they reflect the dominant mood from my teenage years. I had a really hard time transitioning into being an adult. I was very lucky to have a happy childhood, surrounded by loving parents, family and friends. When I grew older, I discovered insecurity, betrayal, and the harshness of real life. When you become an adult, the reality hits you hard—you lose your innocence & naivety, and you start to learn to see the world from a different perspective. The songs tell my story.”

In the end, Sonia emerges with a sound that speaks to all sides, and she’s ready to share it with you in London at The Garage on Tuesday 10th December. Tickets are on sale now, available from www.gigsandtours.com