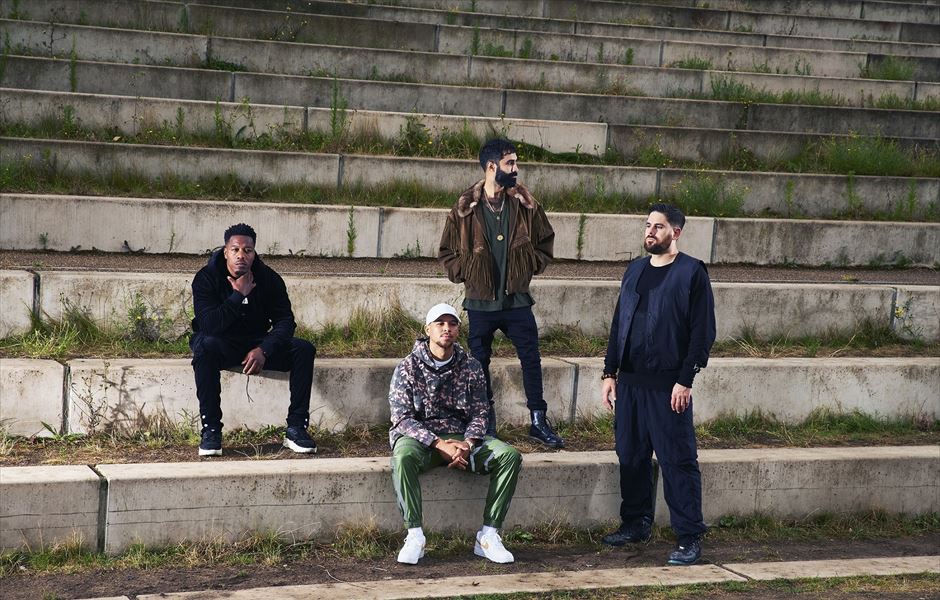 IN SUPPORT OF NEW ALBUM

Rudimental have announced a series of intimate live shows in support of new album, ‘Ground Control’, which releases on September 3 – pre-order it HERE.

Kicking off with two consecutive dates at London’s Jazz Cafe on August 24 & 25, Rudimental will then play The Leadmill in Sheffield and The Wardrobe in Leeds, before returning to London to play a final Soundsystem show – a blend of live vocals, Brass section and DJing – at Pryzm in Kingston-Upon-Thames on August 29.

“We are buzzing to be back playing live shows after nearly two years off the road”, say Rudimental. “We can’t wait to play some of our new records for the fans in such intimate spaces.”

Fans who pre-order ‘Ground Control’ will get first access to tickets, giving fans a unique chance to experience the album live for the first time. For tickets and more information, please visit: https://www.rudimental.co.uk/albumliveshows/

The announcement also follows the release of the album’s first two tracks; ‘Straight From The Heart’ ft. Nørskov and ‘So Sorry’, a first ever collaboration with UK dance music icon, Skream.

Tapping everything from anthemic drum & bass to woozy, iced-out house, soulful UKG and huge, festival-worthy club anthems, ‘Ground Control’ captures Rudimental in full bloom – at their free, expressive and kaleidoscopically creative best. Released over two sides to reflect the sheer breadth of sounds they explore – Side A compiling the album’s more soulful tracks, and Side B serving as a full-blooded nod to the clubs – the tracklist is awash with the sort of invention that makes Rudimental such a unique outfit; and with it, one of the UK’s most successful groups of the last decade. Stay tuned for more new music over the coming weeks.

‘Ground Control’ will release as Rudimental’s first studio album since the release of 2018’s ‘Toast To Our Differences’, which boasted 2018’s biggest-selling UK single in ‘These Days’ ft. Macklemore, Jess Glynne & Dan Caplen – a track that has since gone on to clock well over 1 billion streams worldwide.