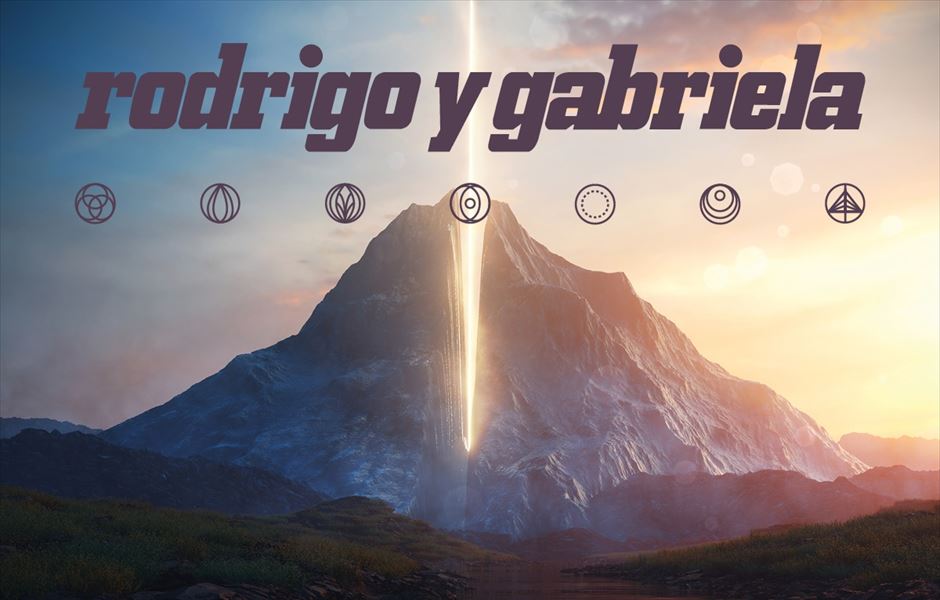 Five years since their last album, Mexican acoustic rock guitar duo Rodrigo y Gabriela are ready to embark on the next chapter of their remarkable story, with the release of the most ambitious music of their twenty year career together. Entitled Mettavolution, the band’s new LP will be released 26th April via Rubyworks / BMG and will available as 180g vinyl and as a casebound CD, while exclusive bundles will be available on the artist store.

Three years in the making, Mettavolution brings together Rod and Gab’s passionate interest in Buddhism, the history of human evolution and the liberation of the potential we have as a species; all expressed through the medium of two acoustic guitars. Conceived and composed in their studio in Ixtapa on the Mexican Pacific Coast, then road-tested in South America and the USA in 2017, before more fine tuning and further tweaks on their Australian tour of 2018, a long list of new material has been distilled down to six new Rodrigo y Gabriela compositions and one audacious, jaw-dropping cover version.

Rodrigo y Gabriela have also announced news of a headline European tour in April including a London Roundhouse show the week of release.

General on-sale begins Friday 8th Feb at 9am from: http://gigst.rs/RodGab