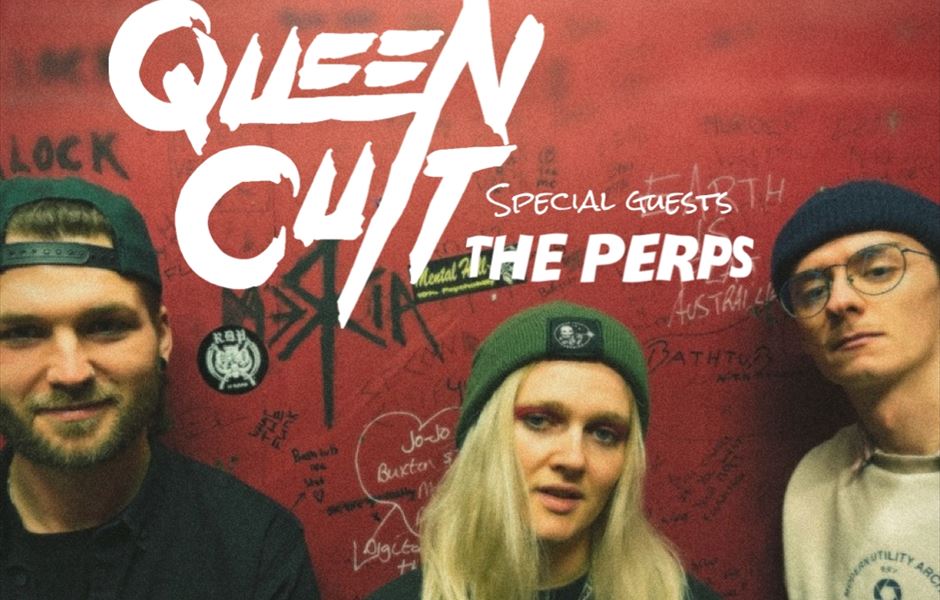 Queen Cult are actively proving that rock has a place within 2023. Their take on rock music is unique and infectious, gathering support from fans and music tastemakers alike. Their latest offering “Lollipop” proves why and sets the pace for their brand new EP ‘For Now, Not Forever’.

The single’s foundations feature a vibrant melting pot of heavy-hitting drums and overdrive soaked guitars. However, the track manages to blend electronic elements within its texture, with understated synth lines creeping into the mix. Lead vocals come tinged with pop sensibilities whilst also having an aggressive edge that cuts through the mix, the tone working hand in glove with hard-hitting lyrics.

Speaking about the single, vocalist and guitarist Maisie reveals: “Lollipop was a very spontaneous song to write. I had the main riff for ages. The lyrics describe how your actions can really stall and affect someone else without realising. So this song serves to vocalise the honest and visceral frustration of not knowing how to approach a changing situation.”

Queen Cult are a rock band based in Macclesfield, Cheshire formed by lead vocalist and guitarist Maisie Johnson, with Brodie Carson on drums and Piers Jarvis playing bass.

Identifying as queer supporting the LBGTQ+ community, Queen Cult are part of a rapidly growing alternative live music scene in the UK which is organised by and supports femme-led LBGTQ+ artists who excel live and have something to say. Their music references are broad and include No Doubt, Paramore, Royal Blood and Nothing But Thieves.

Further singles 'Beautiful Psycho', 'Better Believe It' and 'It Matters To Me' followed in April, September and November respectively, gaining the band their first plays on BBC Radio 1, Kerrang and Primordial radio, as well as ongoing support from BBC Introducing.

Very much a live focussed band, Queen Cult have been gathering momentum on the road during 2022. They were chosen by Music Venues Trust to participate in Revive Live Tour in January 2022 to support grass roots venues across the UK and their support for small venues continued in February with an Independent Music Week performance in Stoke.

Queen Cult have supported contemporaries, Arxx, The Menstrual Cramps, Gen and The Degenerates, Libra Libra and Loose Articles, working with leading promoters Get In Her Ears and Loud Women to perform in many UK cities for the first time. Festival appearances include Great Escape, Bingley Weekender, Your City, Loud Women and Neighbourhood.

Queen Cult will be playing in the following venues to support their second EP release: