PIZZAGIRL IS HEADING ON TOUR 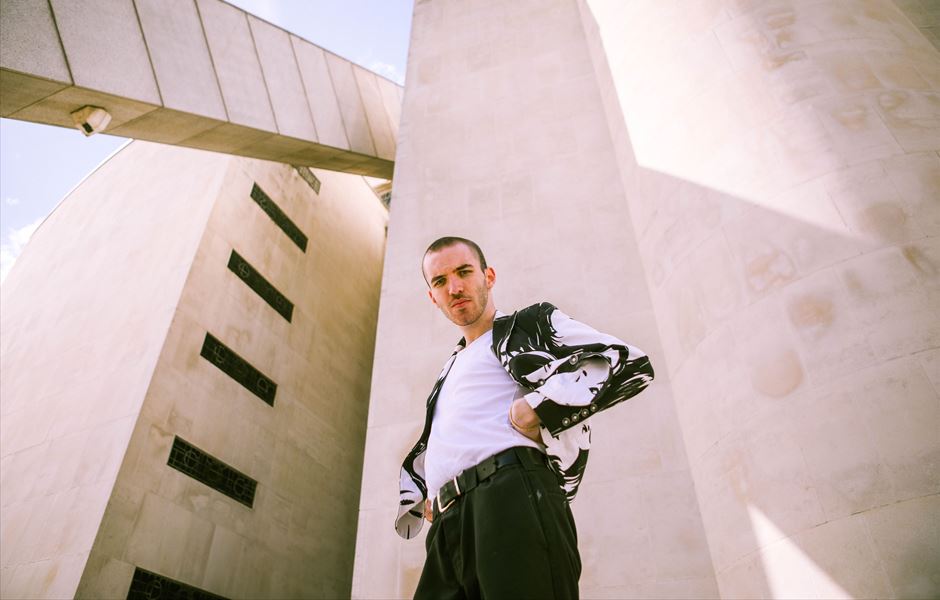 PIZZAGIRL IS HEADING ON TOUR

Never one to rest on his laurels, Pizzagirl pulls no punches on action packed new single ‘ball’s gonna keep on rollin’’.
The second cut taken from debut album ‘first timer’ (track-listing below!), out October 11th via Heist or Hit (Her’s,
Baywaves, Honey Moon), it details the journey of a showbiz wannabe, from wide-eyed, humble origins to jaded,
washed-up superstar. Slowly sonically evolving, analogous to the titular ball, the track is brim-full of drama. Dripping
in neon light, it’s one to get the blood pumping – an homage to 80s montage staples.
On it, he elaborates: "the second flavour you can taste of my debut pop monster album "first timer" lives in the
smoggy subways of NYC 1973! It’s a Twilight Zone type tale of hunting for the big "success", whatever that may be.
Anyways, just remember that if the grind is getting you down, that ball's gonna keep on rollin"

Pizzagirl, or Liam Brown to give his off-screen name, has fine-tuned his hyperactive DIY-pop to an esoteric art. The
result is a technicolour album of split-personality genre jumping that’ll have you bopping, laughing and crying before
the closing credits. Introverted in daily life, Liam uses Pizzagirl as a flamboyant alter-ego - the various tracks across
the album are different costumes for him to wear, reflecting different moods and emotions, expressed as loose
vignettes tied together as a complete whole.

Sometimes songs are autobiographical to varying degrees, of his own life and sentiments, or of stories and
relationships of friends, and sometimes they’re entirely fanciful. The outcome is an uncanny but internally coherent
alternative reality with Pizzagirl as the off-kilter protagonist.

Champions of Pizzagirl at press come in the form of national broadsheets in The Guardian or The Sunday Times, popculture
touchstones in Noisey (Vice) or Highsnobiety as well as cutting edge indie stalwarts NME, DIY and The Line of
Best Fit. Radio wise too DJs are lining up to call themselves fans, with the UK’s premiere trusted ears in Annie Mac,
Jack Saunders and Huw Stephens at BBC Radio 1 and Lauren Laverne, Shaun Keaveny and Radcliffe & Maconie at
BBC 6 Music all backing his tracks.

The live show is part one-man band exhibition, and part demob happy TV host veering dangerously off-script. Liam
flicks easily between danceable funky pop jams, cheesy karaoke and touching, emotive song-writing, all whilst
delivering surreal jokes and anecdotes. This show has been taken to the iconic Reading and Leeds Festival as well as
Liverpool Sound City, The Great Escape, Live At Leeds and European dates in France, Germany and the Netherlands.
ball’s gonna keep on rollin’ is out on August 8th via Heist or Hit, and is the second single from Pizzagirl’s debut
album first timer, out October 11th.