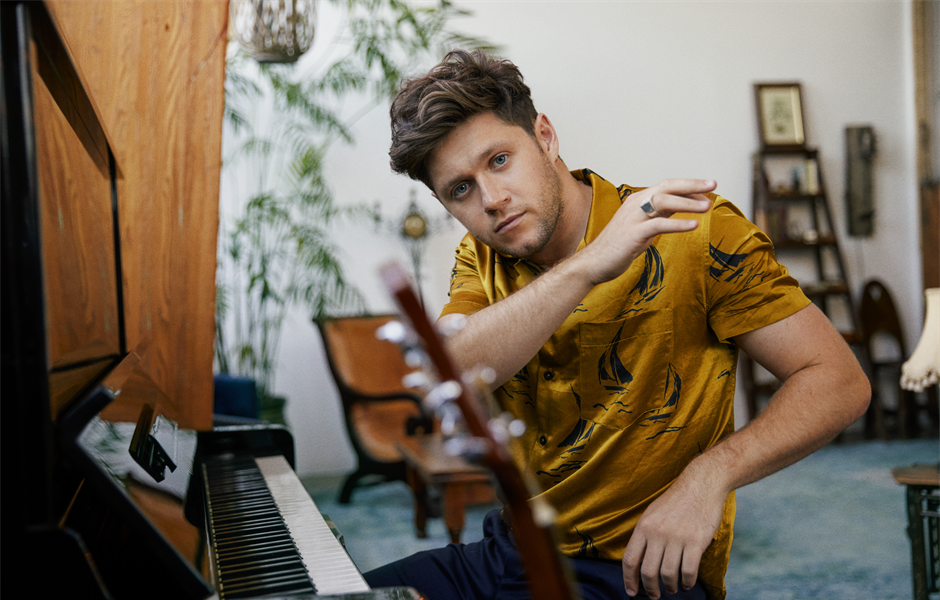 WATCH NIALL HORAN’S “SATURDAY NIGHT LIVE” PERFORMANCES OF
“NICE TO MEET YA” AND “PUT A LITTLE LOVE ON ME.”

Ahead of his highly anticipated new album Heartbreak Weather, Niall Horan has today announced the UK and Ireland leg of his Nice To Meet Ya arena tour for autumn 2020.

Special guest on the tour will be British pop singer/songwriter Maisie Peters, who now has 4.8 million monthly listeners on Spotify.

Niall Horan’s new album Heartbreak Weather due for release on March 13th is the follow-up to his 2017 US No. 1 album, Flicker. It was placed on Rolling Stone’s list of the 70 Most Anticipated Albums of 2020 and features the recent smash global hit "Nice To Meet Ya', alongside new single “No Judgement” and “Put a Little Love On Me.”

Fans who pre order Heartbreak Weather here by Monday 2nd March at 4PM GMT will gain access to an exclusive ticket presale for the Nice To Meet Ya Tour on Tuesday 3rd March at 9am GMT. Tickets for the tour go on general sale Friday 6th March at 9am via www.gigsandtours.com and www.ticketmaster.co.uk. For Belfast and Dublin, tickets will be available at www.ticketmaster.ie.

Originally from Mullingar, Ireland, Niall has sold over 80 million records and toured the globe multiple times as part of the iconic One Direction. With his full-length solo debut Flicker (Capitol Records), he achieved massive global success and widespread critical acclaim. The album entered the Billboard 200 at No. 1 and No.3 in the UK Official Charts in October 2017, and soon earned Platinum certification or greater in 20 countries, including the US. In addition to surpassing three million in worldwide adjusted album sales and 3.5 billion global streams worldwide, it topped the iTunes Top Albums chart in 61 countries. Niall’s Flicker World Tour included sold-out dates in the U.S., Canada, U.K., Europe, Singapore, Japan, Brazil and Australia.

Niall Horan will launch an extensive tour of the US in support of Heartbreak Weather on April 20 at Bridgestone Arena in Nashville, TN before coming to the UK and Ireland this autumn.