MICHAEL BALL & ALFIE BOE ANNOUNCE ?BACK TOGETHER' UK TOUR IN 2020 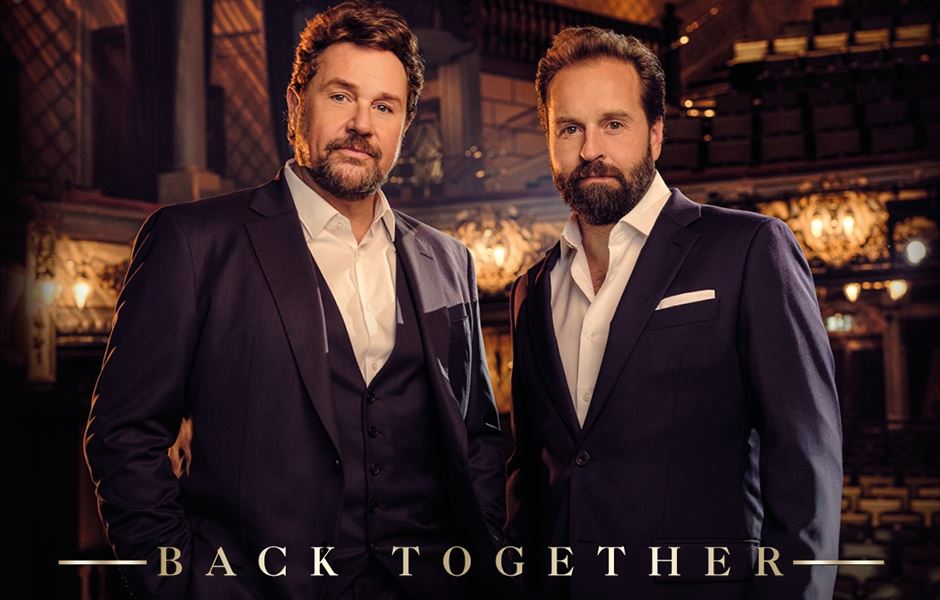 ANNOUNCE ‘BACK TOGETHER’ UK TOUR IN 2020

(LONDON, U.K. 11th October 2019) They’re back. The world’s ultimate musical duo, Michael Ball and Alfie Boe, have missed each other, and we have missed them. Today the dynamic duo announces their stellar UK 2020 ‘Back Together’ tour which goes on sale Friday the 18th October 2019 at 9AM

Both singers have been extremely busy, with hugely successful solo albums, sell-out tours and both currently starring in Les Misérables in the West End, but it is the combination of these two arresting voices and personalities which proves to be irresistible to countless fans across the nation.

The 2020 ‘Back Together’ UK tour announcement follows the phenomenal success of the duo’s previous two duet albums; ‘Together’ their debut, which became the UK’s best-selling album of 2016 and beat the likes of Little Mix and The Rolling Stones to the Christmas No.1 spot, and the follow-up ‘Together Again’ which brought the pair yet another No.1 album in 2017.

After meeting in a production of Kismet at the London Coliseum over 10 years ago, their instant camaraderie and professional mutual admiration proved to be the start of something very special indeed, and together they are unstoppable

With decorated careers in theatre and opera, Ball & Boe were suddenly chart superstars. As a duo, they have now sold over 1 million albums in the UK, received two Classic Brit Awards, sold out two headline arena tours and presented two ITV Specials. As the Independent stated, “Their double act has enraptured crowds with warm, low-key charisma and deft stagecraft”.

Alfie’s exceptional voice has made him Britain’s most popular and biggest-selling tenor.  The Tony Award winner has conquered the world’s greatest opera stages and arenas, led the cast of Les Misérables, stole the show at the Queen’s Diamond Jubilee Concert at Buckingham Palace, and performed at the Queen’s 90th birthday celebrations at Windsor Castle.

Fans will be able to hear tracks from their brand new album ‘Back Together’, out on 1st November, along with many more favourites, as the couple embark upon a major arena tour across the country in 2020.