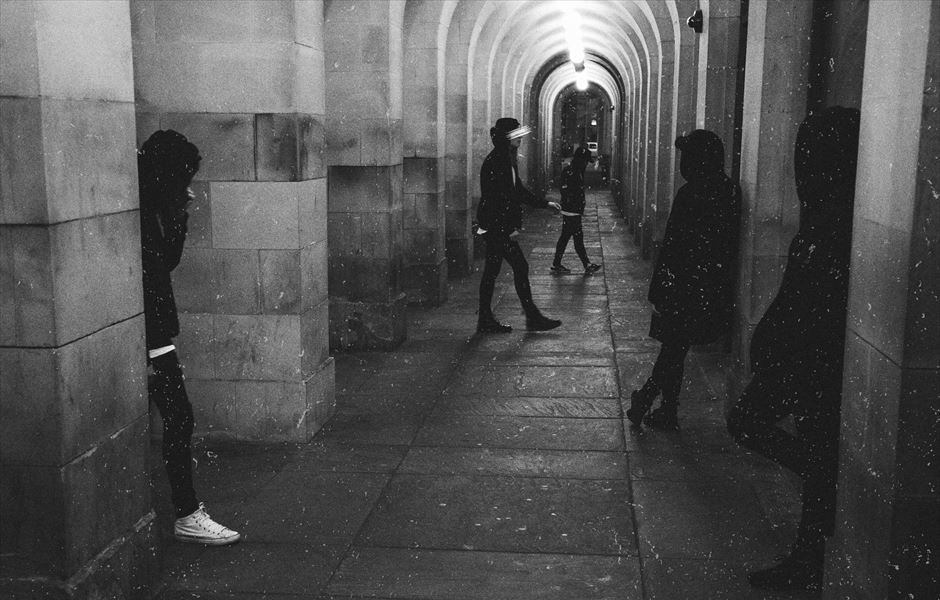 BAND ON THE WALL

Providing the soundtrack to the intense highs and dramatic lows of modernity, LOAstate balances the scales of order and chaos by creating a new world founded upon radical expression and freedom of ideas. Following their sold out, debut headline show at YES (The Pink Room), the band are returning next year for a gig at Band On The Wall on Saturday 4th April.

Their revelatory lyrics and anthemic sounds are a nod to the early noughties with their free spirit and refusal to succumb to censorship propelling their messages into contemporary times.

The band have already stirred things up in Manchester, their guerrilla marketing stunts seeing their logo branded onto some of the cities’ landmarks, whilst their merch drops throughout the city have sparked interest across the scene, with everyone wanting to get in on the action and become part of the LOAstate.

Still a relatively unknown entity, their first three releases, including latest track ‘Gross Domestic Happiness // Create Great’, show that they’ve already forged a strong musical identity. After their debut headline show at YES, they’re continuing their journey and invite you to join an LOAstate, at Band On The Wall on Saturday 4th April.