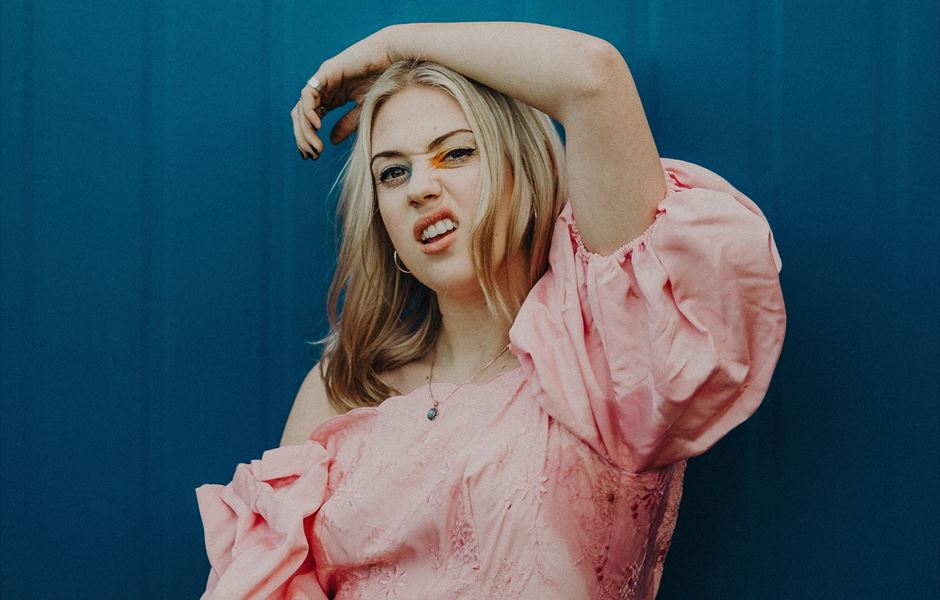 “The Isle Of Wight native is creating her own path here, gliding towards different directions than her peers” – The 405

“If you’re a fan of excellent indie then keep your eyes on Lauran Hibberd. We’re certain she won’t disappoint you” – Gigwise

Effortlessly charismatic and dripping in sarcasm, Isle Of Wight’s indie sensation Lauran Hibberd caps off her phenomenal year with Sweat Patch, the latest addition to her colourful patchwork of sparkling slacker pop.

Arriving hot on the heels of critically acclaimed debut EP Everything is Dogs earlier this autumn, Hibberd’s prolific songwriting and playful personality is encapsulated once more in her newest fizzing cut, and drops in the midst of her extensive UK/EU support tour alongside US punk rockers The Regrettes.

With substantial praise across the BBC Radio 1 airwaves (Annie Mac, Huw Stephens, Jack Saunders) and throughout the online community (The Line Of Best Fit, Dork, Clash, Gigwise), not to mention notable comparisons to contemporaries Courtney Barnett and Phoebe Bridgers, it’s evident the singer-songwriter has made quite the statement over the last twelve months.

Having produced a rousing display on Glastonbury’s BBC Introducing stage, in addition to a slew of supports with Hippo Campus and her own biggest headline gigs to date, Hibberd’s reputation on the live circuit has grown significantly, and with a second headline tour already lined up for February 2020, the newcomer looks primed to bring her unique performance to even bigger audiences.

Discussing her upcoming single, Hibberd revealed: “Sweat Patch is arguably a song about drugs, but it’s not like I’m trying to be cool about it. I’m pretty much frigid with anything unprescribed. But because of that, this song is based on my idea of that world. There’s loads of songs about getting high, not as many songs about watching and I guess analysing other people do it. I guess this is me, soberly sat in a room watching all of my friends take drugs. I guess there’s also a nod to the elephant in the room, A DUDE. There’s always a dude! And I guess this song stemmed from me being into this guy, but he was pretty much into other things more.”

Lauran Hibberd’s Sweat Patch is set for release 7th November and will be available via all digital platforms.