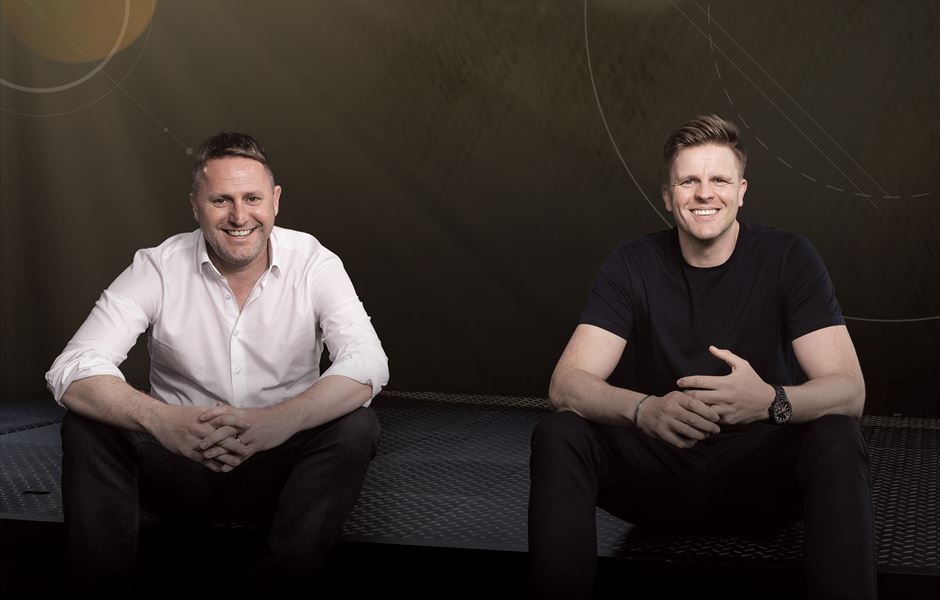 HOW DO OLYMPIC MEDAL-WINNING ATHLETES TURBO-CHARGE THEIR MOTIVATION?

HOW DO MULTI-MILLIONAIRE FOUNDERS DEVELOP THE HABITS OF CHAMPIONS?

AND HOW DO PREMIER LEAGUE FOOTBALL COACHES LEAD THEIR TEAMS TO VICTORY?

THE HIGH-PERFORMANCE PODCAST OFFERS AN INTIMATE GLIMPSE INTO THE LIVES OF HIGH-ACHIEVING, SUCCESSFUL INDIVIDUALS, WHILST SHARING THE SECRETS TO THEIR SUCCESS.

TICKETS GO ON SALE FRIDAY 3RD DECEMBER AT 10AM

One of Britain’s best-respected sports broadcasters ,Jake Humphrey, and Psychologist ,Professor Damian Hughes, the creators behind one of THE breakout hits of 2020-21 - The High Performance Podcast - have today announced they will be taking the show on the road in 2022.

The High Performance Podcast Live tour will be a truly unique and interactive event, where Jake and Damian reveal the secrets used by the world’s most remarkable athletes, coaches and entrepreneurs to excel, and teach you how to do the same.

Since its launch in March 2020, The High Performance Podcast has had over 10 million downloads in over 50 countries and will soon be encapsulated in new book High Performance – ‘Lessons from the Best on Becoming Your Best’ published on 9 December via Penguin Books.

On embarking on their UK tour in 2022 Jake says:

“Damian and I can’t wait to meet you all in 2022. We have created a live show that will be full of incredible lessons, inspiring special guests, giveaways, interactivity, and life affirming moments. We hope to see you there!”

Tickets go onsale Friday 3rd December at 10am via www.gigsandtours.com

From ‘Sports Personality of the Year’ to the face of Premier League football on BT Sport, to hosting BBC’s Bafta-winning Formula One coverage - Jake Humphrey is one of the most popular and respected Sports Broadcasters in the UK. He began covering major international sporting events such as the 2006 Commonwealth Games, the Football World Cup and the Cricket World Cup.

In 2006 he started working with BBC Sport, presenting Football Focus, Final Score and becoming the youngest ever host of Match of the Day. In 2012, his final year with BBC Sport he hosted the 2012 Euro’s, the London Olympics and released his first, sell out book, Inside Track. He fronted the BBC’s Formula One coverage, which went on to win numerous awards.

Jake joined BT Sport at the start of the 2014 as the face of their Premier League coverage, fronting all their marquee Premier League fixtures and interviewing all the major players and managers.

Jake is co-founder of the award winning production company – Whisper and he launched the chart-topping, High Performance Podcast in March 2020.

Professor Damian Hughes is an international speaker and bestselling author who has written over 8 best-selling books - including the no.1 bestseller ‘The Barcelona Way’ (about how football clubs create a winning culture), and ‘Liquid Leadership’. Damian works as a change management consultant for numerous top flight sports clubs and managers - spanning England & GB Rugby, Sale Sharks, Warrington Wolves, the Scotland international Rugby team, and many others.

He combines his practical and academic background within sport, organisational development and change psychology, to help organisations and teams to create a high performing culture. He was appointed a Professor of Organisational Psychology & Change for Manchester University in September 2010.