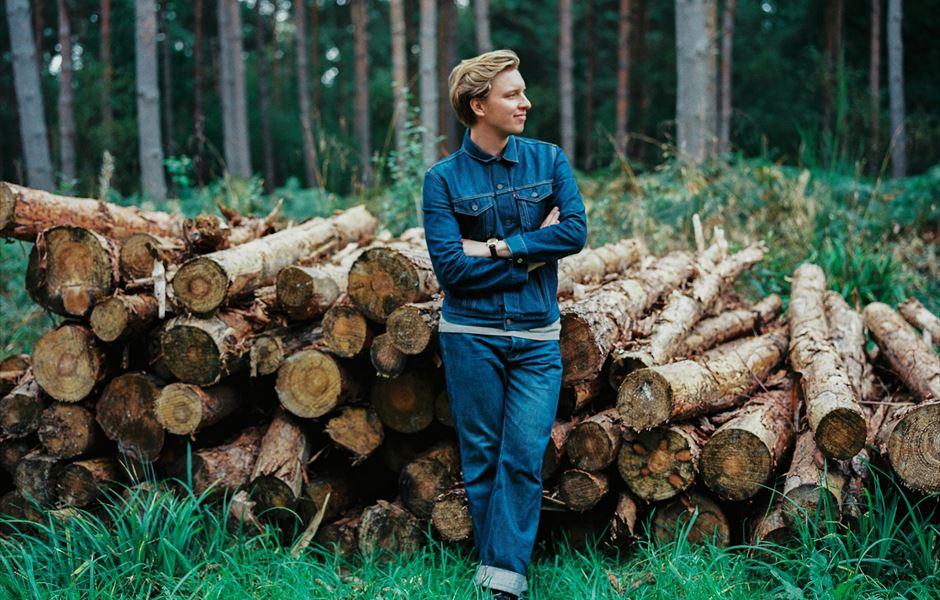 Listen / watch first single ‘Anyone For You’ now

The Gold Rush Kid era begins today with the release of its euphoric first single and album opener ‘Anyone For You,’ available to stream and download now. The song arrives alongside a video that introduces the Gold Rush Kid to fans for the first time, whilst today also sees the announcement of a trio of intimate shows in Edinburgh, Manchester and London for February and March.

“The Gold Rush Kid? That’s me,” says George, reflecting on the title of his third record – a 12-strong suite of marvellous, transporting, elevational songs, that more than anything “sound like me. That’s what ties them together.”

After two blockbuster albums – Wanted On Voyage (2014) and Staying At Tamara’s (2018), both of which reached number 1 in the UK and sold millions around the world, and the latter of which earned him his first number 1 single in ‘Shotgun’ and won him the 2019 Brit Award for British Male Solo Artist – it was time to return to heart and hearth, with an album written and produced entirely in London with longstanding collaborator Joel Pott.

“‘Anyone For You’ is a patchwork of lyric ideas found in old notebooks and chance moments shared between musicians in the studio,” explains George. “It’s joyous and infectious, and I can’t help but smile every time I sing it.

Going through those notebooks, one of the first scribblings that caught his eye was a verse he’d written when he was 23, before even he’d begun work on his second album:“Tiger Lily moved to the city, she’d just turned 21, and I said: here’s my number, hit me up, if you’re needing anyone, and then I can be anyone anyone anyone anyone anyone for you…”

It kicks off a sparkling song that speaks of support and encouragement, and builds to a glorious singalong-a-George chorus:“Let me be your light!”

The song’s bounce, spring and sunny disposition belies its completion, then its recording, in Pott’s studio in southeast London in 2020. But like the album as a whole, it’s as if Ezra has alchemised the darkness of the last two years into revivifying, invigorating light.

The singer-songwriter will debut some of the album’s songs for the first time at a handful of intimate shows announced today. Tickets for the shows go on sale at 10am on 4th February.

Not content with topping the album charts, in recent years George has also launched two podcasts, both of which reached number 1. George Ezra & Friends saw George in conversation with some of the world’s biggest pop stars, including Sir Elton John, Ed Sheeran, Sam Smith, Sir Tom Jones, Nile Rodgers, Lily Allen, Craig David, Shania Twain, Lewis Capaldi and many more. Its episodes have been played in excess of a million times and won the Bronze Award at The British Podcast Awards, in the Listeners’ Choice category voted for by the public. It was followed by a new series, Phone A Friend, co-hosted by George and his long-time friend Ollie MN. When George and Ollie both experienced issues with mental health, they found comfort in opening up to one another about what they were going through. Phone A Friend captures their candid and light-hearted chats, with the intention of encouraging the listener to start conversations of their own. Each episode, George and Ollie share the ups and downs of their week and discuss how to balance mental health concerns with the other stresses of daily life.