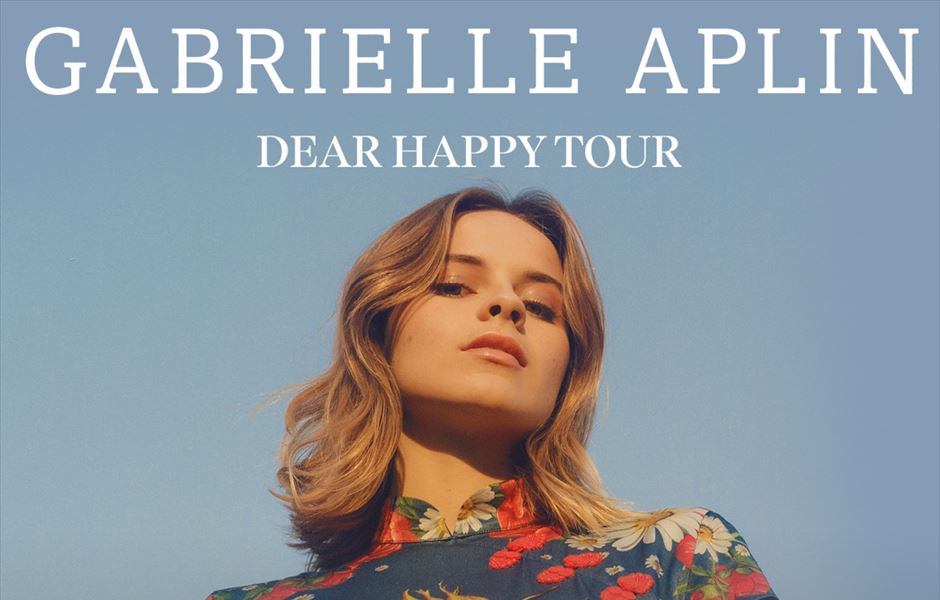 Gabrielle Aplin has announced the release of her forthcoming third album Dear Happy, due for release on January 17th via AWAL and her own label Never Fade Records.

To mark the announcement, Gabrielle Aplin has released the brand new track ‘Kintsugi’. The bright pop song celebrates strength and clearer perspective over past struggles.

Dear Happy is an uplifting pop record that chronicles Gabrielle’s life, and the experiences and cultures she has been inspired by whilst touring and travelling the world over the past couple of years.

Gabrielle has found great influence from her time spent in Japan, a country that she has visited and toured in six times. It is reflected throughout her work, and also stylistically in the beautiful video for ‘Nothing Really Matters’, taken from Dear Happy. Along with the Asian influence the video also depicts an artistic representation of the varying degrees of mental state that come with self-acceptance.

Tickets on sale Fri 20 Sept at 10:00 via www.gigsandtours.com