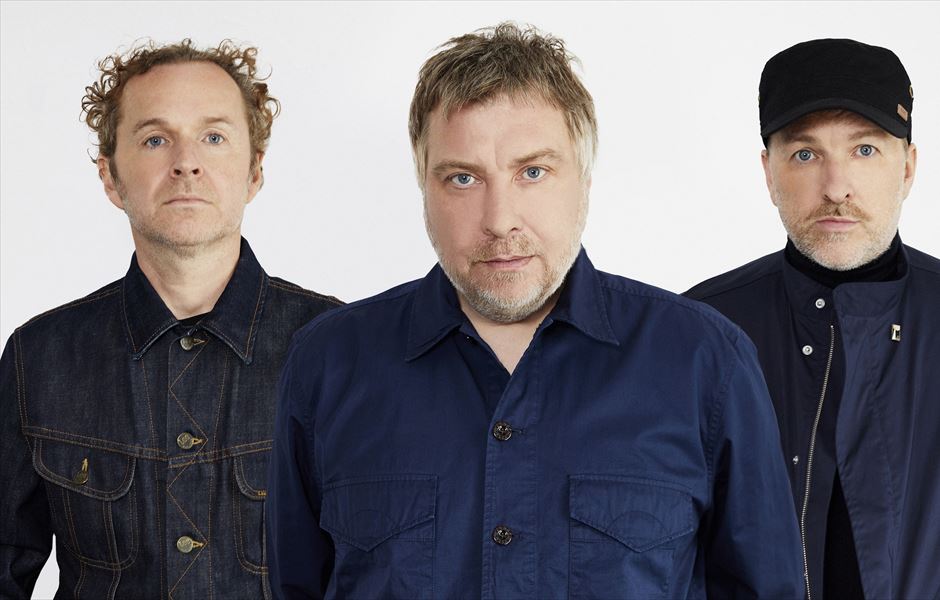 An emotional homecoming and the first chance for fans to hear new tracks live: DOVES announce their first venue tour in 12 years!

PLUS: The Comet Is Coming Remix of Carousels

Doves are going on tour! An emotional homecoming at Manchester’s O2 Apollo, a return to London’s 02 Academy Brixton and a night at Glasgow’s Barrowland Ballroom feature in the 13-date jaunt, with the band hitting the road in March and April 2021. Tickets to catch the cherished Manchester three-piece, who recently announced the arrival of their long-awaited, fifth studio album, The Universal Want, go on general sale to fans on Fri 31 July at 10am.

Bowled over by the overwhelming, international response to their freshly-minted, ambitious, yet ‘instant classic’ Doves tracks, Carousels and Prisoners, Jimi Goodwin, Andy and Jez Williams take their sweeping, emotive live experience indoors for the first time since their remarkable Royal Albert Hall comeback show in March 2019. Steering their ship, first to Cardiff and concluding a month later in Glasgow, taking in Birmingham, Sheffield and Bristol along the way, Doves’ thorough nationwide itinerary includes their first hometown headline date in Manchester since October 2010.

Restlessly exploring the outer reaches of their own musical ideas with the help of other, progressive artists, Doves also unveil a new version of Carousels, remixed by Mercury Music Prize-shortlisted futurist jazz voyagers The Comet Is Coming. Stripped, reassembled and set racing in brand new colours, the London-based trio – formed of members, Betamax, Danalogue and King Shabaka – unlock Doves’ dark side, pulling wind-instrumentation to the fore, isolating Jez Williams’ vocal to become an ethereal counterpoint to Goodwin’s enduring warmth and create chasms of space, within which rolling clouds of intense atmosphere develop.

Welcoming fans into such vast expanses of uncharted sound promised by The Universal Want, as well treating fans to key cuts from a vaunted back catalogue spanning the three decades, the full list of Doves’ The Universal Want UK Tour dates are as follows:

Fans’ mailing list pre-sale information and ticket links for general sales, as well as the opportunity to buy ticket, album and merchandise bundles, can be found at www.dovesofficial.com

Appearing to take both fans and critics aback with the depth and complexity of their new material, Doves confirmed their first new music since their 2010 - 2019 hiatus in June, with the Tony Allen-sampling opus, Carousels. Guarding any news of progress since early writing and recording sessions began in 2017, Doves were finally unburdened of their secret with the release of the monumental single, Prisoners, earlier this month, simultaneously revealing the title and release date for their new, 10-track album.

First emerging in 1998, Doves’ first album, Lost Souls (2000), received a Mercury Award nomination, before Number One follow-up, The Last Broadcast (2002) achieved the same critical feat, at the same time as delivering the major league, breakthroughs singles, There Goes The Fear and Pounding. Straight-to-Number One follow up, Some Cities (2005) and final, pre-pause album Kingdom of Rust (2009) completed what could have been a perfect legacy had the story ended there.

Not content to leave those threads untied, Doves finally release The Universal Want to patient fans in multiple, special edition formats including a sought-after box set, comprising the album on vinyl and cassette, a limited-edition Remix LP, postcards and signed prints. Limited edition, coloured vinyl editions make their way to fans via the band’s mailing lists and an Indie Stores Exclusive. All currently available formats, with many exceeding already overwhelming demand, can be found at https://doves.lnk.to/TUW