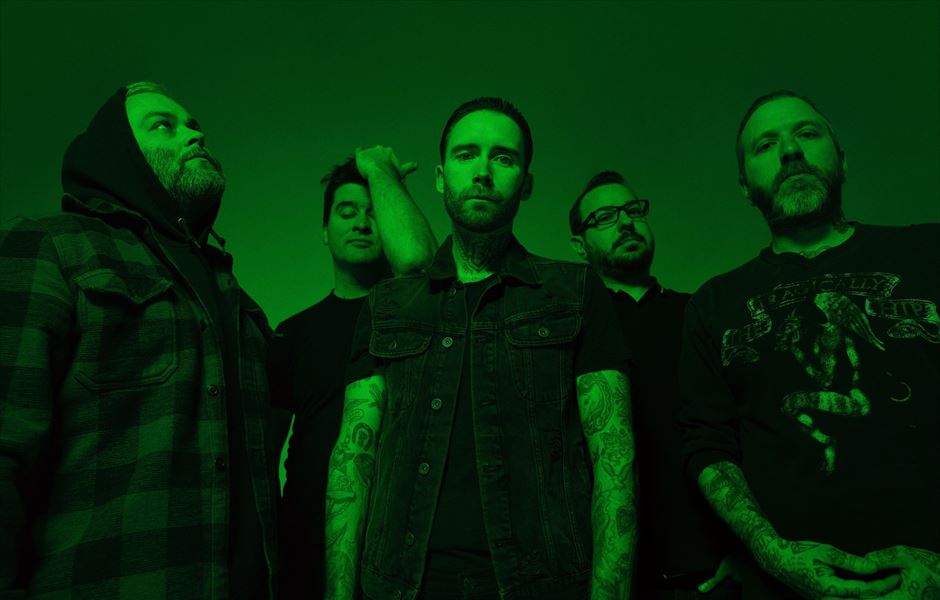 VIA CONSEQUENCE OF SOUND

(April 16, 2019) – (April 16, 2019) – ALEXISONFIRE announce very special support acts, personally selected by the band, for their upcoming June headline shows. The tour kicks off in London (UK) on June 1 with stops in New York, Los Angeles, and wraps up in Toronto at Budweiser Stage for two consecutive nights, the first of which is sold out. One of two dates at each The Wiltern in Los Angeles and Terminal 5 in New York are also sold out.

The featured support acts are Chastity and Child’s Pose in London (UK), Angel Du$t and Drug Church in New York City, Drug Church and The Dirty Nil in Los Angeles. In Toronto, Glassjaw and The Dirty Nil will perform the first night at Budweiser Stage, with Quicksand and Moneen filling in as support for the 2nd night.

Says George Pettit, “These are all bands we know and respect, and think are rad. Make sure you come early!” See below for ticket links and a few words from Pettit about each support act.

Alexisonfire also premiered the official video for “Familiar Drugs” today via Consequence of Sound. The band once again teamed up with Michael Maxxis who directed their personal favourite AOF video for “The Northern” and City and Colour’s “Fragile Bird”, “Thirst”, and “Lover Come Back”. Watch + share “Familiar Drugs” HERE.

“Everything came together really fast,” says Wade MacNeil. “Maxxis flew into Toronto with a crew of 4 people, found the plainest room he could and shot us on VHS tape and cellphones in a day. We were all really drawn to the vibe of old punk documentaries and videos from the 70's and 80's. We asked for a lo fi, no bullshit performance video and that’s what he delivered.”

Says Michael Maxxis, about the video "I thought it would be cool to put a very normal woman in this tight space with Alexisonfire performing. She represents the withdrawn and disinterested sales force that is out there moving product to make a buck - regardless of what it is. She doesn't give a shit about this band or their music - maybe she even thinks it's stupid. There's no passion there, so she stands miserably in the background. A nice metaphor for life I think."

A few words about each support act from George Pettit:

Angel Du$t - Someone once described Angel Du$t to me as, “if a hardcore band did the “There’s Something About Mary” soundtrack”. In other words, totally sick.

Chastity - The best thing to come out of the Durham region since...since.....hmmmm…

Drug Church - Never met these guys but I love their music and I’m more than happy that bands that are much cooler than AOF are willing to play shows with us.

Glassjaw: AOF opened for them at the Opera House in Toronto in 2002. It took a couple years but we are returning the favour.

Quicksand: Heros of ours from the days when they played interesting music on late night television. Post hardcore legends in the flesh.

The Dirty Nil - Luke once brought me bacon back when he worked at a butcher...bacon bribes is a good way to get an opening slot on an AOF show. True story.

w/Glassjaw and The Dirty Nil