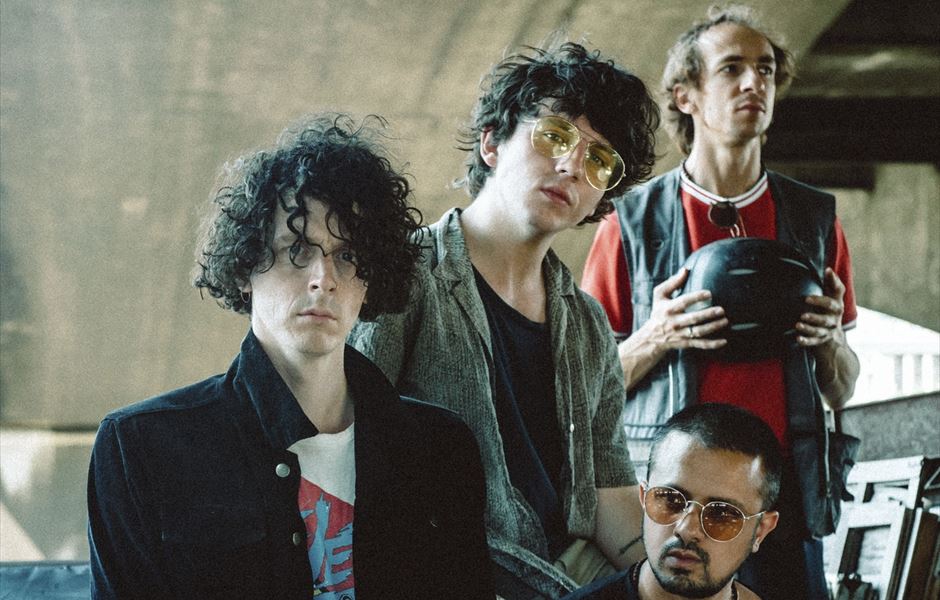 Today, Mystery Jets announce that their sixth studio album ‘A Billion Heartbeats’ will be released on 27th September on Caroline International.

The band also today release ‘Screwdriver’, the first single to be taken from the album.

Screwdriver is an uncompromising look at the rise of the rebranded alt-right in the UK, built around a powerfully positive message: "Fight them with love / then the world will be ours".

Lead singer Blaine Harrison says of the song, “Screwdriver is about the mechanics of intolerance. Looking back at times of economic instability in history, we see how easily deep chasms grow in society and the population seeks change wherever it is most convincingly promised. Conflict arises as cultures and belief systems clash, unwilling to accept one another’s place in society, because we are fed the rhetoric that our neighbours are those responsible for our problems: then inevitably nationalism once more raises its ugly head above the parapet. But whereas political agendas fuel divisiveness, music unites and reminds us of all that we have in common. The message of Screwdriver is not a pessimistic one - because perhaps faced with confrontation we can find understanding, and even maybe learn how to listen to, and love one another.”

Each room of the house in the video is a metaphor for the different sections of society in the UK. It wraps around the narrative of the song, that in order to overcome adversity, you have to “Fight Them With Love”. All great albums start from a unique perspective. But, try a window on the Strand, in an abandoned office block, overlooking the kind of political upheaval London hasn’t seen in a generation. Blaine Harrison was living as a property guardian right around the corner from Trafalgar Square when he found himself witness to an entire year of protests. Every weekend from January 2017 on, people were marching for a different cause: "In the space of six months it was Black Lives Matter, the huge ‘Our NHS’ march, Unite for Europe," he recalls. "Then the solidarity sleep-out organised by Help Refugees, where we slept in Whitehall for the night... The protestors would wake me up in the morning. I’d just walk down and join in.”

Over the course of that year, Mystery Jets' sixth long-player, A Billion Heartbeats, was born. "This album wasn’t about making pointed opinions,” says Blaine. “It was about being a mirror for what’s going on, reflecting back the way people are feeling.” By turns tender and fierce, abstract and full of classic rock energy, A Billion Heartbeats achieves a balance of passion, fear and hope. Amid the colourful cavalcade of rich harmonies, heavy guitars and rallying cries, the album’s essential message - about personal responsibility, and the power in becoming engaged. In a sense, it's not just their "state of the nation” record but their “state of a generation” record too.

We increasingly hear from musicians that music should be an escape these days - that there’s enough suffering in the world, enough misery on the news, without writings songs about it too. A Billion Heartbeats makes all that sound like a bit of a cop-out. These are songs of protest that get the heart racing in joy; high on hope, and serious in their message. Proof, basically, that music speaks louder than words.

Mystery Jets are on a UK tour later this year and can be seen at the dates below: