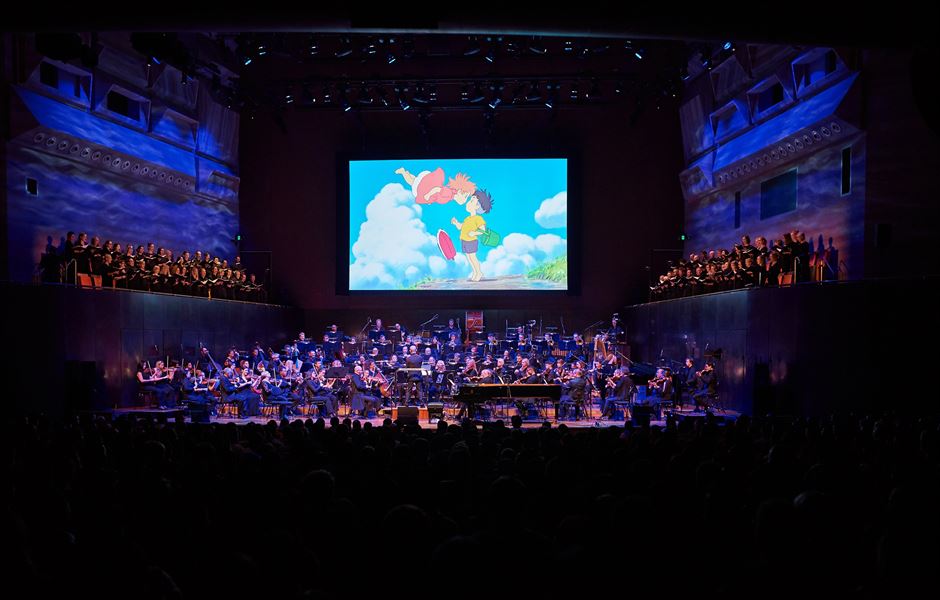 MUSIC FROM THE STUDIO GHIBLI FILMS OF HAYAO MIYAZAKI

Acclaimed multiple award-winning composer, conductor and pianist Joe Hisashi will be celebrating 35 years of Japanese animation film Studio Ghibli, Inc at London The SSE Arena, Wembley this autumn. Due to phenomenal demand a second date has been added for Friday 18th September 2020.

Studio Ghibli, Inc based in Tokyo, Japan is best known for its anime feature films including Ponyo, My Neighbor Totoro and Spirited Away. Never seen before in the UK this unique concert experience will celebrate the timeless work between composer Joe Hisaishi and director Hayao Miyazaki who have worked together for over thirty years, including feature nine films.

This concert will include montages and music from some of the most popular Studio Ghibli movies and under the leadership of Maestro Hisaishi, the music will be performed by BBC Concert Orchestra and Crouch End Festival Chorus. Outside of his work with legendary filmmaker Hayao Miyazaki, Hisaishi has released nearly 40 solo albums becoming one of the most important composers of our time. While at Kunitachi College of Music, Joe Hisaishi discovered his passion for the musical movement of Minimalism and began his career as a composer of contemporary music and film scores. His first album, MKWAJU, was released in 1981, with Information being released a year later. After that, with albums including Piano Stories, My Lost City, Etude: a Wish to the Moon, Asian X.T.C, and Another Piano Story: End of the World among others, he has established his own style for composing and performing within many different musical genres.

Starting with Nausicaa of the Valley of the Wind (1984), Hisaishi has produced music for nine films including Ponyo on the Cliff by the Sea (2008), Princess Mononoke (1999), Howl’s Moving Castle (2004), and Spirited Away (2002 Academy Award Winner, Best Animated Feature).

These debut UK shows follow the hugely successful concerts across Europe and gives the chance to experience the range and depth of this prolific composer live in concert. Tickets are onsale now via www.gigsandtours.com, www.ticketmaster.co.uk, and www.axs.com/uk.