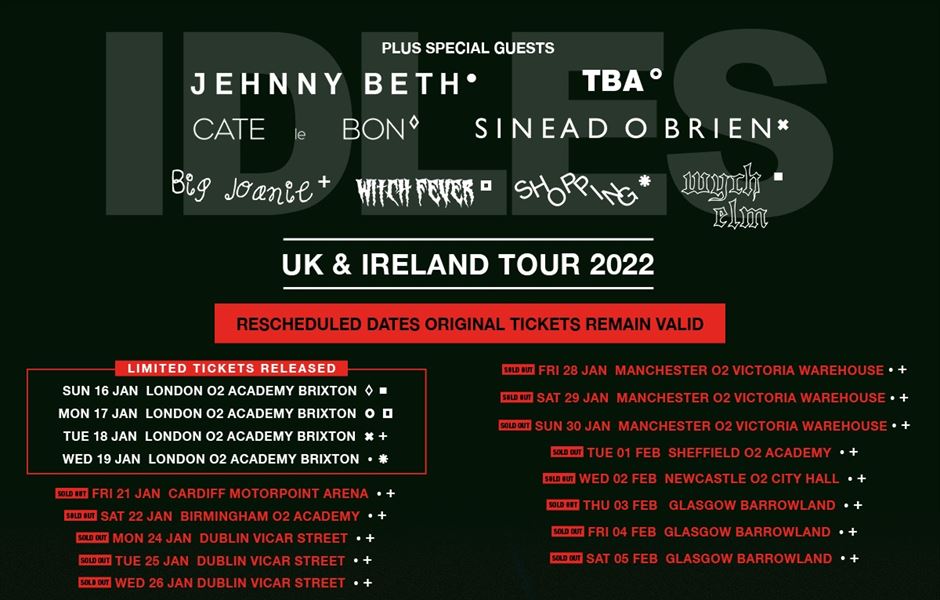 FINAL CHANCE TO SEE IDLES ON THEIR SOLD OUT HEADLINE TOUR

The album release also follows on the heels of IDLES recent announcement sharing details of the support acts for their UK and Irish tour dates in May and June 2021, which will see them play Brixton Academy on four consecutive dates.

"Their magnus opus… IDLES have rationalised their fury into a single giant bullethead.”
Mojo - 4/5

"IDLES have delivered the record of their career. It could only have come out in 2020. This is the album of this moment in time and a door to a better future."
Louder Than War 10/10

"IDLES’ message of community & compassion is ready to reach its biggest audience yet."
DIY

“The band want to take you on a trip and for you to enjoy the ride, and for the destination to be serene. Hold on tight.”
NME 4/5

“this is album of the year material, make no mistake”
In Stereo

"IDLES deliver a message of strength, kindness and hope on their new release"
NARC - 5/5