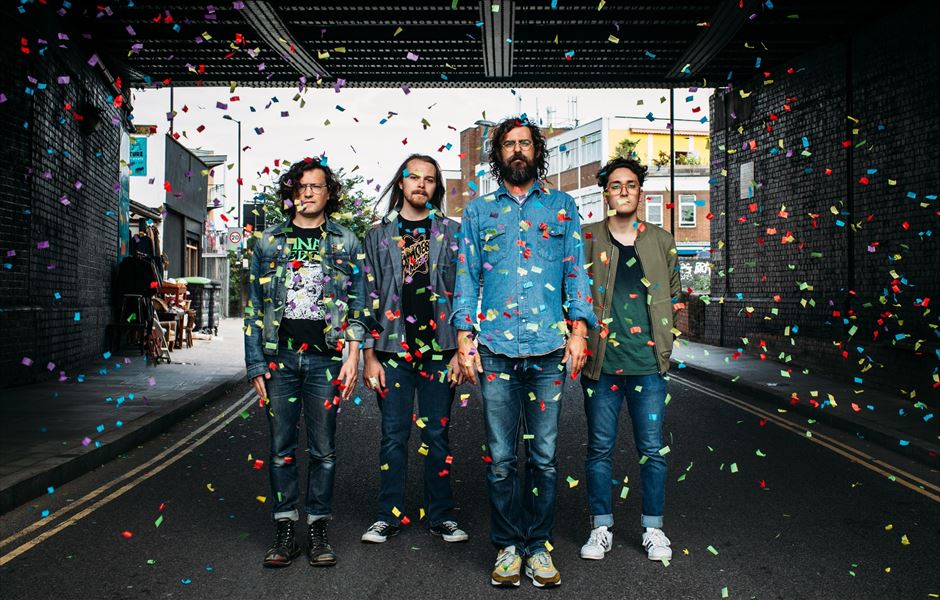 White Denim recently released their eighth record Side Effects via City Slang. Capturing the essence of the band's full-throttle live shows, the album is as varied and as vivacious as anything they've ever done - as illustrated by the album's three singles, 'Shanalala', 'Reversed Mirror' and 'NY Money' the former of which went straight to the 6Music A-List. The album received critical acclaim including 5/5 from Financial Times, 8/10 from Uncut and Drowned In Sound and 4/5 from Mojo and Q.

Following the album release the band played a sold out show at the Roundhouse in February with their live show described as "a dizzying exploration of experimentation and hardy musicianship" by The Line of Best Fit and "one of the most exciting live acts currently at work" by MusicOMH. Today, the band have been announced as the headliners for London's Visions Festival in August this year. As well as Visions the band have announced that they'll head out on a full UK tour with full dates below.

They have also today shared a new live video for 'Hallelujah Strike Gold' shot at this year's SXSW, speaking of the track frontman James Petralli says: "‘Hallelujah Strike Gold’ is, on one level, about greed and gluttony as an adult, but it is also in a way delivered from a child’s perspective. Distinguishing between wants and needs is a lifetime endeavor."

Featuring a rotating cast of band members led by Petralli and Steve Terebecki, Side Effects draws on the sounds of different personnel to create a cohesive whole. Contrary to Performance - the story of a questioning performer on stage - Side Effects is the off-stage life of the man behind the makeup. Spearheaded by Petralli and Terebecki (who tag-teamed production and called in specific talents from their rolodex of musicians), Side Effects has the feeling of a band providing fan service in a way only White Denim could do – by referencing their own material and putting out a record for fans to dig deep into.

If you’re coming back to White Denim after a few years away, Side Effects most likely picks up exactly where you left off: a record showcasing a hugely energetic band bursting at the seams. And if you never checked out, then Side Effects is instead a wholly rewarding record – one that celebrates every form of White Denim to date.

Tickets for Sheffield and Oxford available HERE on Friday 19 April at 9am.