THE WOMBATS ANNOUNCED FOR SOUNDS OF THE CITY LEEDS 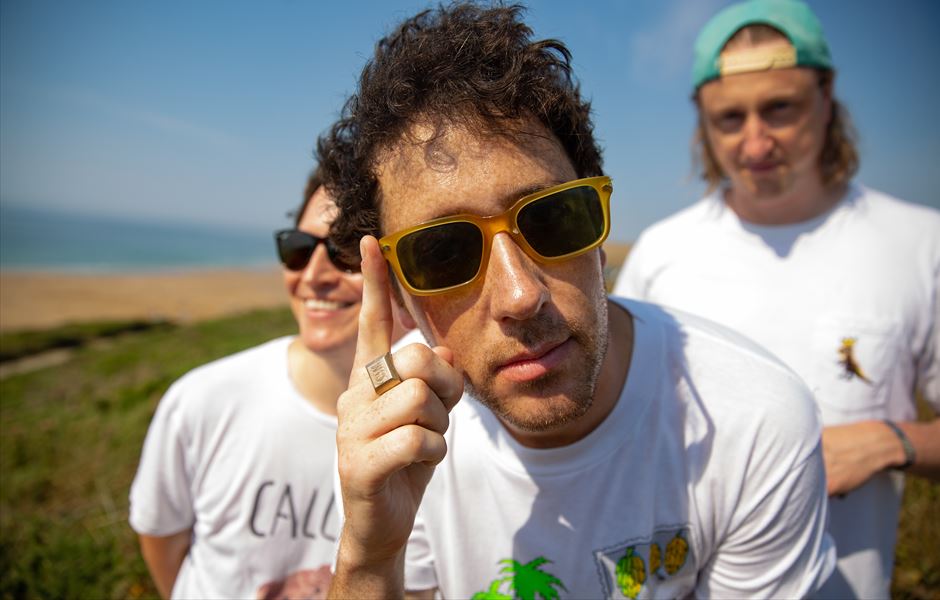 "Anyone surprised at the trio's continued success clearly hasn't been listening. Pop ambition, indie ideals and sonic experimentation: it's all here" - NME

The Wombats today release their brand new EP Is This What It Feels Like To Feel Like This?, out now via AWAL. The six track collection, which includes new single ‘Dressed To Kill,’ completes a groundbreaking year for the Liverpool-formed three piece, who scored their first UK number one album in January with Fix Yourself, Not The World, and have played their biggest shows to date, including a night at London’s The O2 in April, during their world tour.

Recorded shortly after completing their acclaimed fifth studio album, Is This What It Feels Like To Feel Like This? is The Wombats rawest material yet, trading polished synths for spiky guitar riffs and heavy choruses. The band themselves co-produced part of the project themselves, bassist Tord Øverland Knudsen then taking some files back to his homeland of Norway to be mixed in his home studio, with regular collaborators Mike Crossey and Mark Crew working on the remainder.

The EP includes new single ‘Dressed To Kill’, which builds from sparse guitar and drums until it breaks out into an anthemic chorus. Speaking on the single, frontman Matthew “Murph” Murphy says: “Dressed To Kill is a slightly tongue in cheek song about getting prepared for an evening that will without a doubt go sideways, but attacking it with confidence nevertheless.”

If anyone doubted it, their debut number one UK album earlier this year confirmed the fact that The Wombats are a band at the peak of their powers. Built over sixteen years, their ever-expanding fanbase has continued to swell, boosted first by a new generation of fans discovering their vast catalogue of indie bangers through streaming, then via TikTok following the viral success of Oliver Nelson’s remix of their 2015 hit ‘Greek Tragedy’. Underpinning it all though is the timeless power of their songwriting and Murph’s inimitable lyrical style, which was lauded by fans and critics alike for Fix Yourself, Not The World, and has now seen them reach a million followers on Spotify.

This success was brought home to the band most tangibly during their recent world tour, where Murph, Tord and drummer Dan Haggis played their biggest ever headline show at London’s The O2, also visiting North and South America, Europe and Australia, before heading home for a busy summer of festivals that’s included mainstage slots at Community Festival, Tramlines, Boardmasters and Kendal Calling. This month they celebrated the 15 year anniversary of their debut A Guide To Love, Loss & Desperation with the announcement of a digital reissue and limited edition pink vinyl. Moving straight into their next collection, this new EP shows The Wombats still have a lot more noise to make.