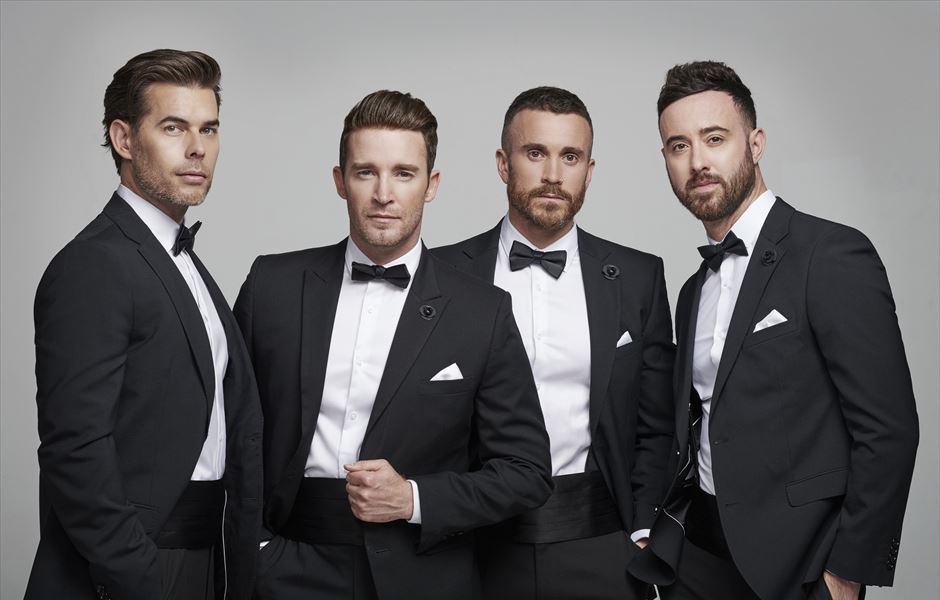 The Overtones promise ‘best tour yet’

The Overtones will take to the road this December for their annual Christmas tour. “We will be performing classic songs from yesteryear, favourites from our albums and plenty of surprises” says Mike Crawshaw. “Over the last 10 years we’ve learnt a thing or two about throwing a Christmas party! People come to our shows to let their hair down, get their spirits up and dance their hearts out. We want everyone to leave an Overtones concert with a huge smile on their face and a spring in their step. This year will be our best tour yet!”

With their innate charm and adherence to vintage-modernist style, and a devotion to the timeless appeal of male vocal harmonies, The Overtones are a bridge between pre-rock’n’roll classicism and lively 21st Century entertainment. They’ve sold over a million albums, made countless TV appearances and filled venues to capacity on tour after tour, all the while building a relationship with their fans that has real depth and devotion.

In 2018 the group released their sixth album ‘The Overtones’, the accompanying sold-out UK tour took their trademark sense of celebration and party on the road with the group living up to the promise of “a night to remember”. That’s the tradition they come from and they’re certainly not about to stop now.

Multi-platinum-selling vocal harmony group The Overtones are delighted to announce that Welsh singer & songwriter Jay James has joined the band. The announcement heralds the start of an exciting new era for the group which has had 5 top 10 albums, 9 sold out UK tours and will now embark on a UK tour this December.

A former Royal Navy serviceman, Jay had enjoyed a varied recording career working with the likes of Booker T Jones, John Legend, Naughty Boy and the Jonas Brothers (amongst others) before rising to prominence as Simon Cowell’s tip on the X Factor. Since then Jay has continued to record music and perform as well as becoming an established broadcaster.

“We met Jay 9 years ago when we all performed on the charity record (Songs To Save A Life) for The Samaritans, and our paths continuously crossed over the years” explains Darren Everest. “When we thought about a new member joining the band he was the first, and only, name that came to mind. Everything about Jay says ‘Overtone’. He has a classic style and is inspired by the same great artists as we all are. Jay has fitted in seamlessly and we can’t wait to push on and get to work.”