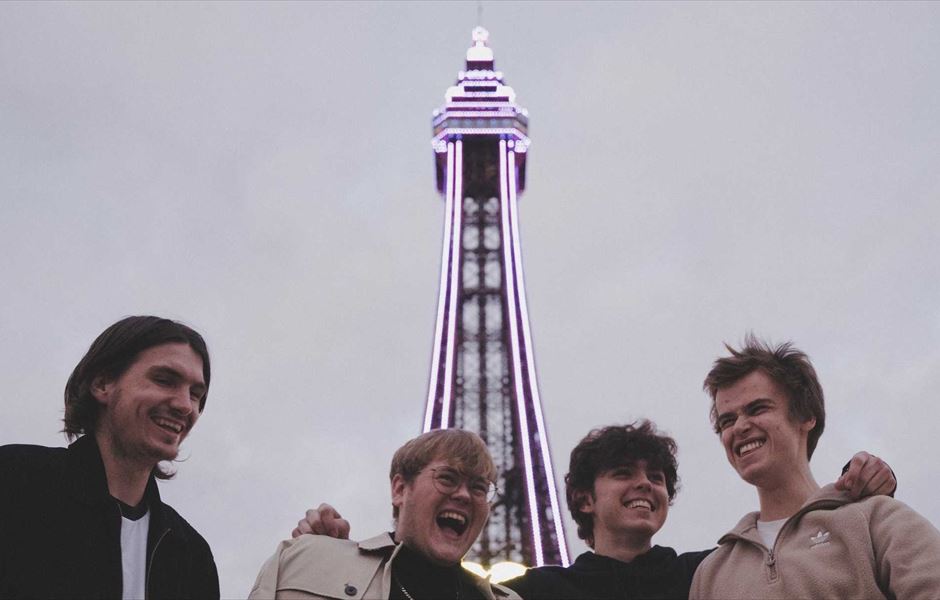 Debut album, How Beautiful Life Can Be, out Fri 24 September 2021

The show is poised to be a seaside celebration of the band’s progress over the past two years, seeing them perform much-loved songs of youthful hope, including I’ll Get By (featuring the famous coastal town in its colourful promo video) and How Beautiful Life Can Be, plus soon-to-be-fan-favourites from their long-awaited, imminent album. The choice of venue is no accident for the North West band, with the elegant, 125-year-old venue hosting legendary Oasis and Stone Roses shows, amongst many others, over the last four decades.

Headlining such a landmark venue so early in their career is a testament to the band’s steadily growing position at the heart of British guitar music, putting them under one, ornate roof with the passionate music-lovers who have been on their remarkable journey with them. Support on the night comes from friend and people-powered singer-songwriter, Jamie Webster, whose debut album, We Get By, landed at No.6 on the Official UK Album Chart last year, also scooping the accolade of being the Official UK Folk Chart’s first, ever Number One artist.

The Lathums’ last full-length performance in Blackpool came in October 2020 as they live streamed a rare show from under the Victorian Tower Circus’ imposing roof, gripping over 4,000 viewers and spurring #LathumsLive to trend at #6 on Twitter internationally throughout the performance. The show was later given a limited-edition Record Store Day vinyl release.

The show will push the band’s story onto its next chapter following the release of debut album How Beautiful Life Can Be, released on Island Records on Fri 24 September 2021.