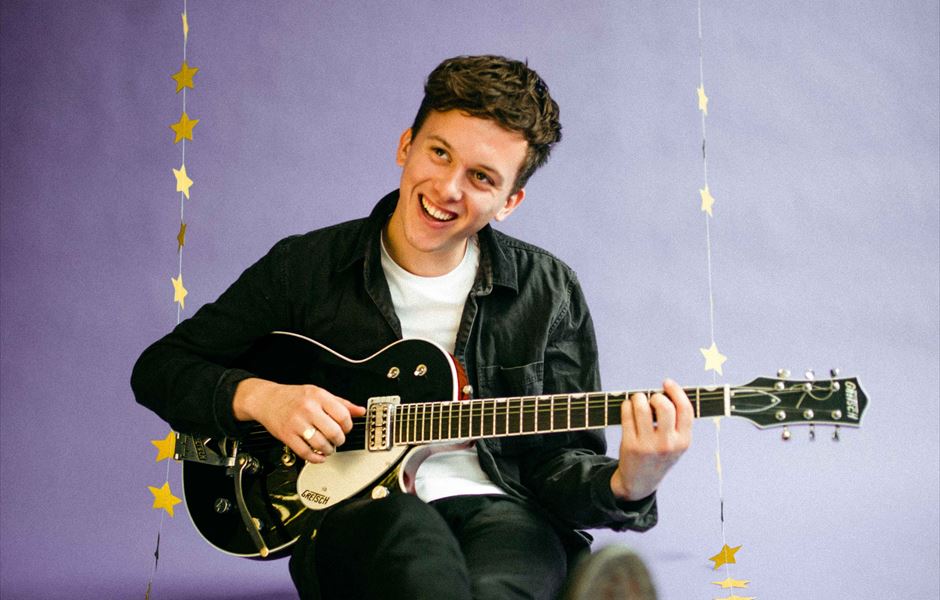 “A breezy, tuneful debut” – The Guardian

“Captures that magical moment when a tyro musician is poised to go off like a rocket.” –

TEN TONNES will be heading out on a huge UK headline tour this October in support of his self-titled debut album. Tickets for all shows are on sale now and available from www.gigsandtours.com

For someone who was, by his own admission, "extremely shy" as a young child, Ethan Barnett, AKA TEN TONNES, cuts a strikingly confident figure nowadays. The 22-year-old musician from Hertford possesses a breezy, seemingly effortless ability to fashion snap-crackle lyrics and earworm melodies.

Still at the beginning of his career, TEN TONNES has gathered plenty of support already from big names within the industry, with Huw Stephens, MistaJam, Phil Taggart and John Kennedy just a handful of people to have backed the youngster.

TEN TONNES released his eagerly anticipated debut album earlier this year. It combines a host of new material with some of the fan favourites which have accompanied his story so far. Opening with a tenacious new take on his debut track ‘Lucy’, the album finds TEN TONNES exploring “the highs, the lows and the in-betweens of love and relationships” throughout a contemporary collection of sharp-witted rock ‘n’ roll anthems.

It's been a strong year so far and it’s only going to get better with a UK tour coming up this October, TEN TONNES is living his life to the fullest. Tickets are on sale now and available from www.gigsandtours.com