TEENAGE CANCER TRUST TO STREAM UNSEEN GIG FOOTAGE OF MUSE, THE WHO AND MORE 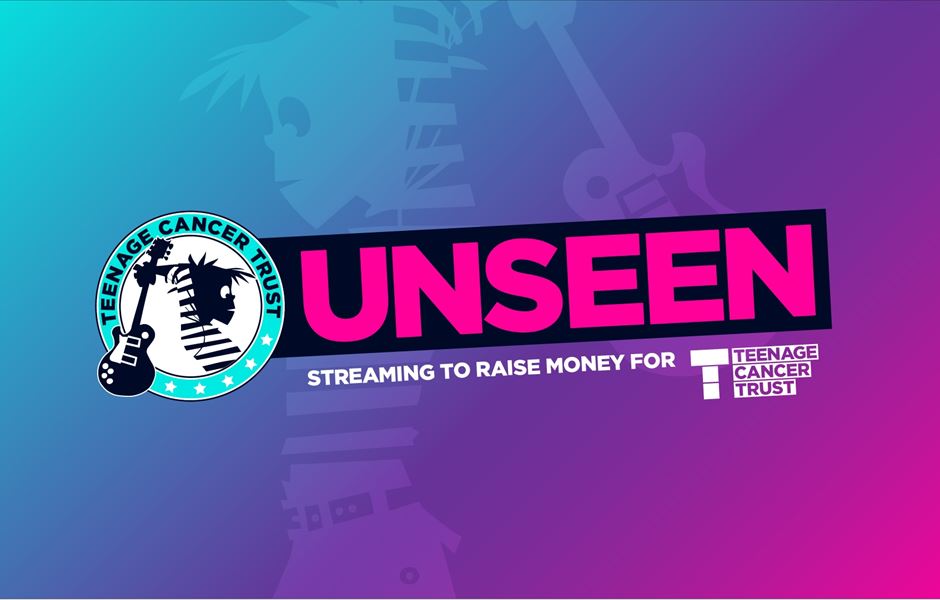 Teenage Cancer Trust has launched an incredible archive of never-before-seen footage of live performances at the Royal Albert Hall, as part of an emergency fundraising appeal.

The YouTube channel is to raise vital funds for the charity to help it support young people facing cancer across the UK.  This content will be free to enjoy, but artists and the charity are urging fans to donate to fill the gap in fundraising that provides a lifeline for teenagers with cancer.

Starting on Thursday October 8st with Ed Sheeran’s performance from 2017, 11 unique and ‘Unseen’ performances will feature.

Driven by Teenage Cancer Trust Honorary Patron and The Who icon, Roger Daltrey, a who’s who of world-class musical talent have performed at Teenage Cancer Trust’s legendary fundraising gigs at the Royal Albert Hall over the last 20 years. All so young people with cancer get the support they deserve.

Over 20 years, there have been many legendary moments that fans will get the chance to see for the first time with ‘Unseen’.  Sir Paul McCartney was joined on stage in 2012 for the Beatles’ ‘Get Back’ by Roger Daltrey, Ronnie Wood and Paul Weller – marking a Beatle, Rolling Stone and The Who joining forces.  The Beatle later said that after being unable to align his diary for a couple of years, “you could say that the whole McCartney year was based around Teenage Cancer Trust.”

Muse played in 2008, their only show in the UK that year apart from two sold out Wembley Stadiums! They called it, “one of the best gigs of our lives.”

The Cure played a three-hour set on two consecutive nights in 2014, bringing the house down with 45 songs.  A huge supporter of the charity, Robert Smith has donated the guitar he played those nights, hand painted himself, to the charity for auction.

And of course, the legendary The Who played that very first Teenage Cancer Trust show in 2000 and would have played this year.  Frontman Roger Daltrey has been the driving force behind the concerts, with many a superstar telling tales of Roger striding up to them to ask them to do the gig.  Dave Grohl recounted how Roger collared him at the Sunset Marquis in L.A. to persuade him to play the show in 2010.  Grohl brought his supergroup Them Crooked Vultures for their only Royal Albert Hall gig ever, with Josh Homme and John Paul Jones, who also admitted that Roger had hunted him down for the show that very morning at breakfast!  The band they have granted full access to it for ‘Unseen’.

As supergroups go, that first show from The Who assembled Paul Weller, Kelly Jones and Noel Gallagher to join them.  All 3 have been incredible supporters over the past 20 years. The Noel Gallagher show from 2013 is the year he stepped into curate the week of gigs for Roger who was away on a world tour.

But Coronavirus has paused live music. There were no Teenage Cancer Trust gigs in 2020; the charity’s week of sold out shows, in what would have been the 20th anniversary year of the legendary series, were due to start on the first day of lockdown. The shows were set to raise more than £1 million for the charity, income which has now been lost.

Other fundraising events have also been cancelled, including marathons, community events and more, resulting in millions of pounds of lost income. Millions of pounds that are needed so the charity can continue to support young people with cancer across the UK.

So music legends are stepping up again, donating exclusive footage from their headline Royal Albert Hall performances to help make sure every young person with cancer can get support from specialist Teenage Cancer Trust nurses or youth support teams.

Because in 2020 that vital support is at risk.

Teenage Cancer Trust relies on donations, and 2020 has been a tough year for the charity. When Coronavirus hit, it lost around half of its income; it is set to lose more than £6million in funding this year.  Unless this money can be replaced, that could mean specialist hospital units, nurses and youth support teams, that offer essential care for young people with cancer, being reduced or stopped entirely.

For young people’s mental, emotional and physical health while going through cancer, during a pandemic, that could be catastrophic.

Whatever the crisis, Teenage Cancer Trust won’t stop – can’t stop – being there for young people with cancer.

Donate now so young people don’t have to face cancer alone – now or ever.

“So here we are, six months into one of the strangest times in living memory. Where everyone has had some sense of what isolation, even for short periods, can do to the state of our mental health. Without the environment and services that Teenage Cancer Trust provide within our NHS, specifically for this age group, isolation throughout their lengthy treatments becomes a strong possibility. Through Teenage Cancer Trust, the UK has led the world in recognising the specific issues that this age group with cancer suffer, please donate generously to make sure this vital work continues through these difficult times.”

“The music industry has always been one of Teenage Cancer Trust’s strongest supporters. This year, our toughest yet, is no exception and we’re immensely grateful for this incredible donation from some of the world’s biggest icons. These amazing performances have been truly life changing.

“Without dedicated support, young people with cancer can find that their unique needs are unseen, invisible and unmet. Fears about the future, as treatment takes its toll, are exacerbated by the isolation many face, and these have been heightened by the current pandemic. They need us now more than ever.

·         Schecter guitar signed by Robert Smith (The Cure), the one he played for the Teenage Cancer Trust shows in 2014

Over the last nine years artist Pete McKee has worked with Teenage Cancer Trust to create limited edition gig posters for their incredibly popular shows at the Royal Albert Hall. For this special raffle Pete has explored his archives and selected five prints designed for these past concerts. All of the selected prints are artist's proofs, which Pete usually keeps for his private collection. These are the rarest and most collectable prints from a limited edition run, as they are the first prints signed off by the artist before the main run is printed. All prints are signed by Pete and the featured artist or band.

About Teenage Cancer Trust at The Royal Albert Hall: