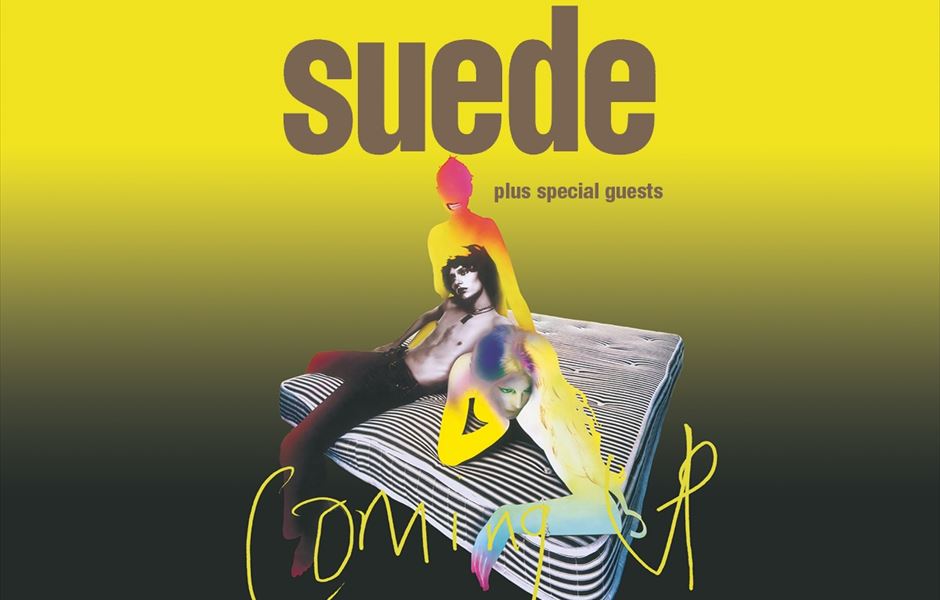 BAND TO PLAY THEIR CLASSIC ALBUM COMING UP IN FULL

Praise for Coming Up:

Suede are delighted to announce a further two extra dates due to demand for their tour this November at Nottingham Rock City and Bristol O2 Academy. The gigs will see the band playing their classic, third album Coming Up in full, as well as a generous smattering of hits and treats.

Tickets will be available from www.suede.co.uk and www.gigsandtours.com at 9am this Friday, 7th May.

Upon its initial release in September 1996, Coming Up was both a critical and commercial success and the album topped the UK album chart, as well as being nominated for the 1997 Mercury Prize. Coming Up spawned five top ten singles in the UK and the success of the new, fizzy pop sound of Trash, Beautiful Ones, Saturday Night, Lazy and Filmstar made the record Suede’s most commercially successful to date. Many of the album’s key tracks are mainstays in the band’s live set to this day and the band’s front-man Brett Anderson has previously described Trash as being Suede’s defining song.

In celebration of the album, Sky Arts will be screening a classic album documentary on Coming Up this Friday 7th May at 9pm (free to watch on Freeview Channel 11). The Classic Albums documentary series from Mercury Studios is well established as the ultimate guide to the albums that have defined our lives. Suede: Coming Up the film includes exclusive interviews with the band, their producer, publicist, art director and manager at the time.

Suede’s November UK shows will provide fans with the chance to see the band play Coming Up in full, a timely reminder of the abundance of light and shade within the band’s sound and amazing catalogue.