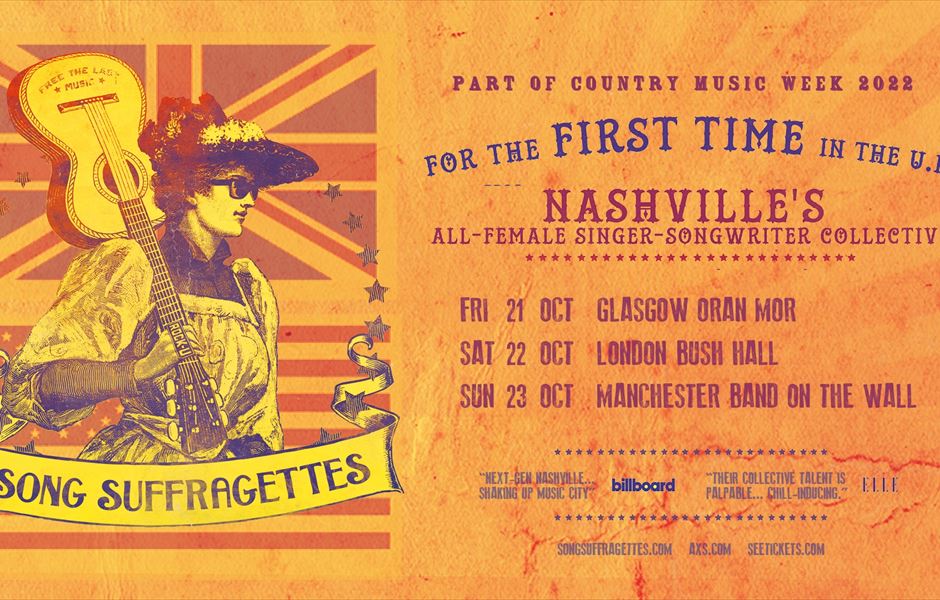 In over eight years, Song Suffragettes has become a Nashville music institution, known for its efforts to combat widespread gender disparity throughout the music community. Through its weekly show at Nashville's The Listening Room Cafe, Song Suffragettes has showcased over 350 talented females, 26 of whom have gone on to secure recording contracts and more than 50 who have landed publishing deals. With massive press coverage from Forbes to Washington Post, ELLE magazine noted this about a Song Suffragettes show: “Their collective talent is palpable - chill-inducing.” And Billboard magazine has called Song Suffragettes “Next-Gen Nashville…Shaking Up Music City.”

Song Suffragettes’ UK Tour will be part of Country Music Week in the UK presented by AEG Presents and SJM Concerts, the team behind C2C: Country to Country Festival. In addition, the LSS Group at RBC Wealth Management is a year-round financial supporter of Song Suffragettes.