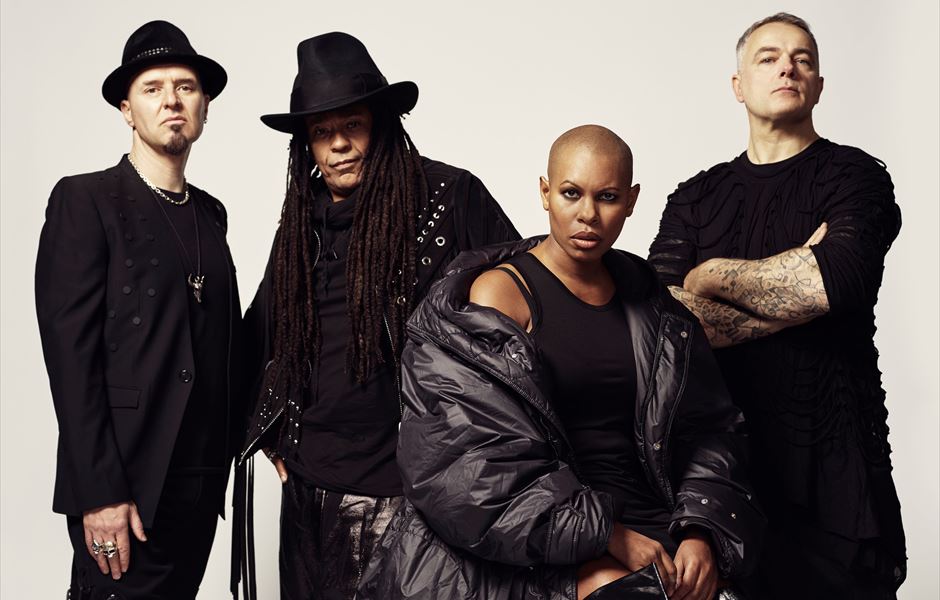 After celebrating their 25th anniversary in 2019 with the release of the 25LIVE@25 album British rock icons Skunk Anansie have announced their return to the road with a major headline tour starting in June 2020.

Having spent most of the past year on the road, touring across the UK and Europe which saw them visit 13 countries, headline festivals and receive some of the best reviews of their career, the band are now back for more with shows up and down the country.

Presale opens on Wednesday 5th February and tickets go on general sale this Friday the 7th.

Last year Skunk Anansie also released their first instalment of brand new music in three years with the brilliant track ‘What You Do For Love’. The track garnered airplay on BBC Radio 2 and was an instant fan-favourite. They release its riff-raging follow-up ‘This Means War’ on Friday, accompanied by a stunning video shot at their headline show in Poland last year in front of 800,000 people.

Both tracks will be made available as a limited run ‘collector’s edition’ double A-side vinyl 7” in April, with pre-orders available from Friday via https://skunkanansie.tmstor.es/

The last 25 years have seen the band internationally acclaimed as one of the greatest British rock bands of all time, while Skin herself has become one of the world’s most iconic female performers, as well as inspirational role model, activist, trailblazer for women in the music industry, model and muse for designers.

Now reflecting on her incredible journey, Skin has announced her very first memoir, co-written by respected journalist and friend Lucy O’Brien. It promises an alternative narrative to the male dominated, predominantly white Britpop era and will chart Skin’s unique story from her working class Brixton roots to the Glastonbury and international stage. The book is due for publication in September 2020 with Simon and Schuster and available to pre-order now.

Skunk Anansie’s influential status continues to be recognised as the band were presented with the Hall of Fame Award at the 2019 Kerrang Awards joining the likes of past winners Rage Against The Machine, Iron Maiden, Green Day, Metallica and Marilyn Manson, while vocalist Skin picked up the Inspirational Artist Award at the Music Week Awards in 2018.

“Skunk Anansie are as sharp-edged and occasionally confrontational as ever they were”
Kerrang! KKKK

“Skin’s megawatt presence as a queer, black rock frontwoman has never seemed more vital… en route to this ferocious climax there were molten riffs and soaring vocals to spare”
The I Newspaper

“Twenty-five years in and Skunk Anansie are as good as they’ve ever been.”
The Daily Star

“Visually and musically they appeared as fresh and unique as they
have ever been… judging from this performance there is still much more to come from Skunk Anansie.”
Louder Than War