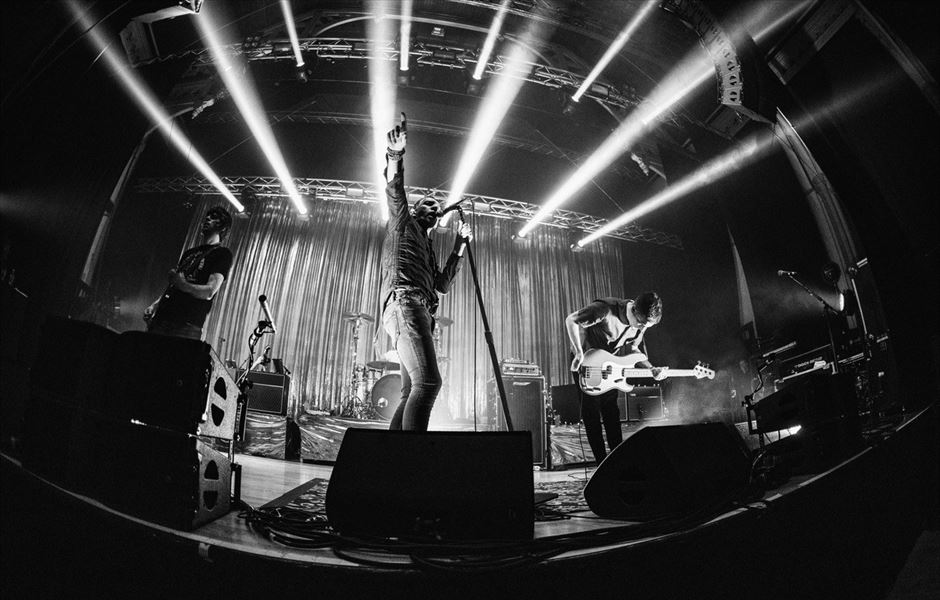 Ahead of their major UK tour later this year, acclaimed leading lights of Britpop Shed Seven have announced 25th-anniversary editions of their celebrated album A Maximum High for release on November 26th.

Originally released on 1st April; 1996, A Maximum High is Shed Seven’s crowning recorded achievement to date, charting at number 8 and remaining on the Official UK Album Charts for a triumphant 37 weeks. The record spawned five hit singles: ‘Where Have You Been Tonight?’, ‘Getting Better', ‘Going For Gold’, ‘Bully Boy’ and ‘On Standby’, with the York band making appearances on Top Of The Pops no less than four different times during a momentous year.

In Colour captures Shed Seven’s legendary concert at The Hanover Grand on 30th January 1996, the London show of a tour to promote the release of the single ‘Getter Better’. With a setlist that included songs from the previous album Change Giver plus then-new material and B-sides, the concert recording is a timely chance to hear songs from A Maximum High make their live debut. While tracks from this concert have previously appeared as B-sides on the single of ‘Bully Boy’, for this release the band have reunited with Chris Sheldon, the producer of A Maximum High, to create a new mix of the concert from the source master tapes, resulting in seven previously unreleased tracks.

Max-HiRange - Demonstration Tape is an exclusive CD featuring previously unheard demos, instrumentals and acoustic tracks, all taken from the 1995/1996 A Maximum High era.

Alongside the three new music formats, A Maximum High 25th Anniversary Box Set includes an exclusive art print signed by the band and A Maximum High UK tour laminate, all in one custom lidded box; the ultimate collector's keepsake of a seminal Shed Seven album.

‘It’s been great revisiting the album for this special 25th Anniversary release. As well as reminiscing about those heady days in the mid 90’s it’s also great to hear the album remastered. The special edition b side collection was only ever available on CD back in the day so it’s nice to be able to finally make it available on vinyl. It’s time to immerse yourself in a 2021 Maximum High’

Shed Seven follow the 25th-anniversary release with a 21-date tour performing all their greatest hits and fan favourites. Since getting back together in 2007, Shed Seven have continued to sell-out shows across the UK including their first-ever headline arena date at Leeds First Direct Arena in 2019 where they performed to a 10,000 strong sold-out crowd.

Joining Shed Seven on tour are special guests MCH - the new venture by Mark Morriss (The Bluetones), Nigel Clark (Dodgy) and Chris Helme (The Seahorses) who have come together as Morriss, Clark and Helme. The three-piece, who, between them, have had multiple platinum-selling records and a string of Top 10 singles, have been busy recording new music which will be revealed later this year.