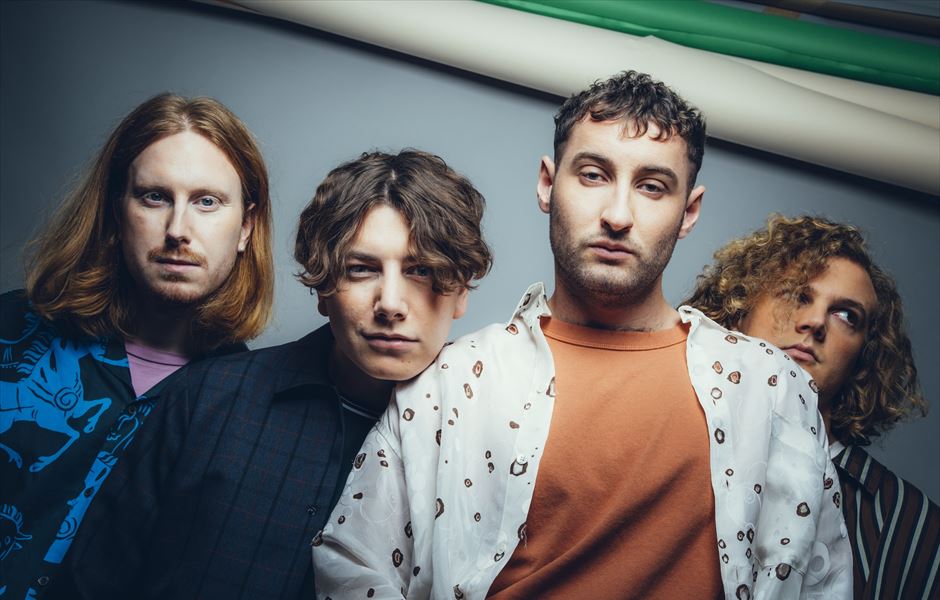 After taking 2019 by the scruff of the neck and making it their own, as well as a blistering trajectory in 2020, Sea Girls have come out all guns blazing with the announcement of their emotionally charged, deeply personal, hook laden debut album Open Up Your Head - out August 14th on Polydor.

Sea Girls, one of the most enthralling young indie guitar bands to have emerged in recent times, are a band aiming first and foremost at being the singalong torch bearers for a whole new wave of UK guitar bands.

Taking their inspiration as kids, when The Killers, The Strokes and Arctic Monkeys debut albums were released, much of their success is driven by their energetic live performances and uncanny ability to write adrenaline-heavy guitar anthems with songs like  ‘Violet’  and ‘All I Want To Hear You Say’, and the release of their latest EP Under Exit Lights.

Renowned for their frenetic, sweat-drenched sold-out live shows, the band will kick off their rescheduled April UK dates by upgrading the venues to play their biggest headline shows to date in November 2020, it will see them play 3 upgraded venues including a career defining night at London’s legendary O2 Brixton Academy on 6th November.

Ticket holders for April’s postponed shows at London Roundhouse, Manchester Ritz, Glasgow Garage and Birmingham Academy will be valid for the now upgraded dates in November.

For details of a very special fan presale for the upgraded shows, head to the official Sea Girls store at seagirls.net Tickets on sale Thursday 7th May.