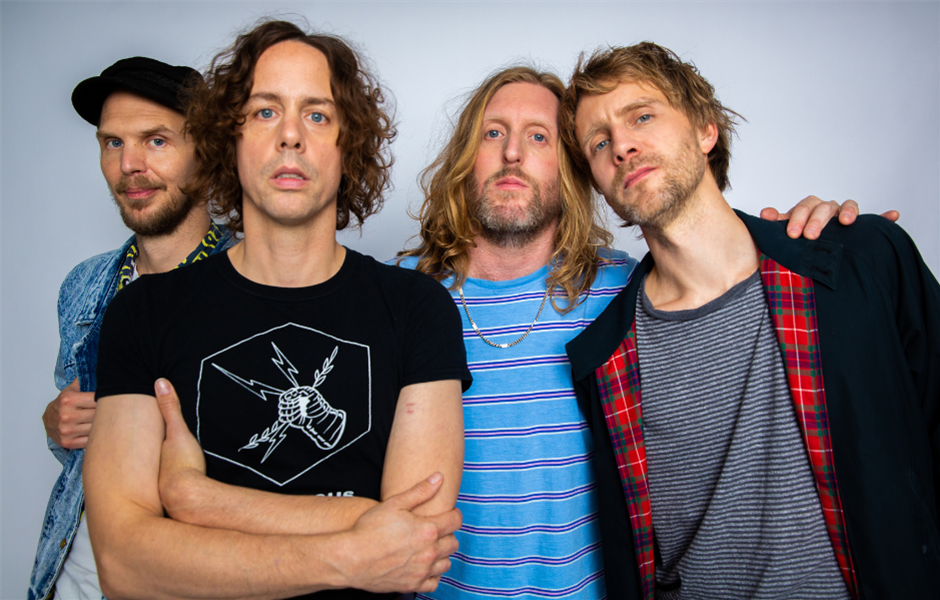 Indie icons Razorlight have announced an extensive run of tour dates across the UK which marks the first with the classic line-up in a decade and includes shows at Albert Hall Manchester, Rock City Nottingham and O2 Academy Brixton.

The group will also release a forthcoming album titled ‘Razorwhat? The Best Of Razorlight’, out December 9th via EMI. The release collates 11 of their finest moments plus two thrilling new tracks, ‘You Are Entering The Human Heart’ and Violence Forever?’ that demonstrates how the band’s creative spark has been relit.

“I had to go and chat with Johnny and make things good,” recalls Burrows. “If I didn’t, I’d have gone on thinking about it for the rest of my life, that we should’ve met up, we should’ve played together again, it was too special to leave behind.”

Bridges have been built. The artistic, and sometimes unwieldy, connection between the two has been re-established. It has been a heartening experience for those involved. “My trust with Andy was at absolute zero so to get that back was really inspiring,” says Borrell. “That’s never happened before and it made me think a lot about my life, like if I can get my trust back with Andy, I could do it with anybody.” “Whilst our relationship hasn’t always been plain sailing, when Johnny and I sit down to write music together, there’s a magic that happens. I’m so grateful to have him and the band back in my life,” agrees Burrows.

The first fruits of their revitalised creativity came with the one-off single ‘Call Me Junior’ earlier this year, a punchy, energetic indie-rock gem, and two new songs on Razorwhat? broaden the sonic horizons further. Never a dull moment. Writing a new ending for themselves, Razorlight are back to cast out the boring in your life.

Tickets for Razorlight are available on Friday 18th November 10:00 via gigsandtours.com