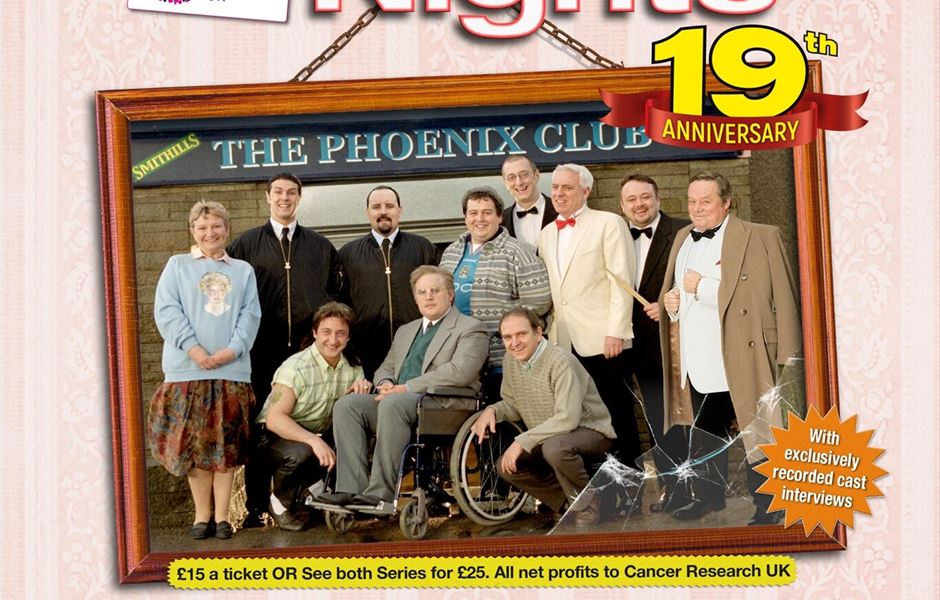 In Aid of Cancer Research UK

Hard to believe but it’s almost 19 years since the Phoenix Club first opened its doors, and to celebrate that very special anniversary, both series of Peter Kay’s classic comedy Phoenix Nights are being shown on the big screen for the very first time.

Following the previous announcement screenings last month an extra date has been announced at Blackpool Opera House on Saturday 29th February. Additionally, extra seats have been added London’s Eventim Apollo due to demand.

All net profits are in aid of Cancer Research UK and all the screenings will include exclusively recorded cast interviews.

So why not come on down to the Phoenix Club one last time to see Brian Potter, Jerry ‘the saint’ St Clair, Les Alanos, Max & Paddy and all the gang.

In fact, why not go a step further and dress up as one of your favourite characters, although wheelchair spaces will be limited.

Caro Evans, director of partnerships at Cancer Research UK said “We are so grateful to Peter for arranging these unique screenings of such an iconic TV series to raise money. The money that is raised from the events will fund vital research to beat cancer.”

Screenings are suitable for persons of 13 years and over

Screenings will also be taking place in the following venues: