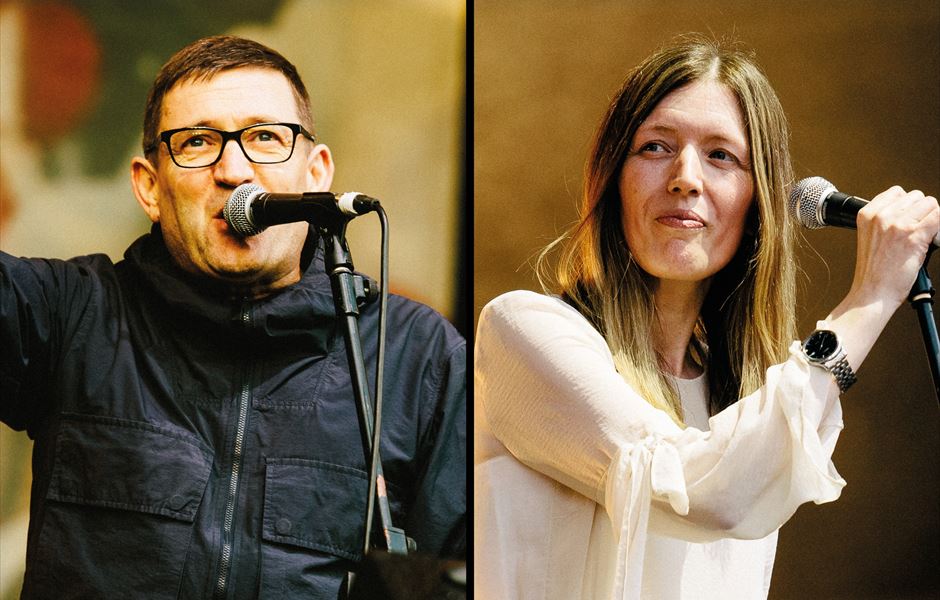 Following the announcement of their fourth studio album ‘Manchester Calling’ and a major UK tour Paul Heaton & Jacqui Abbott have added an 8,000 capacity headline show at Manchester’s infamous Castlefield Bowl on Saturday 4th July. Tickets go onsale Friday 15th November at 9.30am via www.gigsandtours.com / www.ticketmaster.co.uk. As with the previous live shows, Paul & Jacqui have requested that the ticket price for the tour remains at £30. A full list of all tour dates is below.

‘Manchester Calling’ boasts all the hallmarks of Heaton’s beautifully bittersweet songwriting – effortlessly catchy melodies allied with an everyman’s biting exasperation at the modern world alongside some truly heartfelt love songs.

Produced by long time collaborator John Williams who produced both Housemartins albums and the previous three Paul Heaton & Jacqui Abbott albums - ‘What Have We Become’ (’14), ‘Wisdom, Laughter & Lines’ (’15), and ‘Crooked Calypso’ (’17)  - the record was recorded at Blueprint Studios in Salford, Manchester. As is Paul Heaton’s habit the lyrics were written in various locations in North Holland and Belgium while the music was composed in a hotel in Puerto Rico, Gran Canaria and in Limburg An Der Lahn in Germany.

Says Paul: “I've lived in Manchester for 17 years now and recording an album here for the first time, was looking forward to cycling to work. That was never possible as Manchester is now being turned into a business centre for the rich, which I can't stand.  If there's a theme to the record, it's anti growth, anti greed, against the continuous tearing down of old buildings and sticking up soulless offices, and the disappearance of local accents on TV, along with the creeping spread of Americanese.  So, some curmudgeonly moans, plus some hopefully uplifting love songs. Originally it was set up to be a double LP like 'London Calling' but alas the double album has also become a victim of time"

Says Jacqui: ““I’m so pleased and excited about the new album, it was wonderful to work on new songs and even more so that we did double what we have done for the last few records. It’ll be a joy to see others react to something we took such pleasure out of making”

Paul Heaton, one of the UK’s most successful songwriters with some 15 million album sales under his belt, first came to public attention in the early 80s as front man of Hull-based indie poppers The Housemartins (the same group that spawned Norman ‘Fatboy Slim’ Cook), best known for their third single ‘Happy Hour’ and their No 1 acapella Isley Bros cover ‘Caravan Of Love’.  The Housemartins released two albums ‘London 0 Hull  4’ (’86) and ‘The People Who Grinned Themselves To Death’ (’87).  In ’88 Heaton formed The Beautiful South, who released 10 hugely successful albums - ‘Welcome To The Beautiful South’ (’89), Choke (’90), ‘0898 Beautiful South’ (’92), ‘Miaow’ (’94), ‘Blue Is The Colour’ (’96), ‘Quench’ (’98), ‘Painting It Red’ (2000), ‘Gaze’ (’03), ‘Golddiggas, Headnodders & Pholk Songs’ (’04) and ‘Superbi’ (’06).   In 2001 Heaton took a break from The Beautiful South and released his first solo album ‘Fat Chance’. The Beautiful South called it a day in 2007 citing ‘musical similarities’.  Jacqui Abbott was lead vocalist in The Beautiful South from ’94 to 2000 and she sang many of their signature hits including ‘Rotterdam’, ‘Perfect 10’, ‘Don’t Marry Her’ and ‘Dream A Little Dream’.  Paul Heaton went on to release two further solo albums: ‘The Cross-Eyed Rambler’ (’08) and ‘Acid Country’ (’10).  In 2011 Heaton wrote a musical called ‘The 8th’ based on the Seven Deadly Sins and asked Jacqui to sing one of the parts.  They have since released three acclaimed albums as a duo: ‘What Have We Become’ (’14) and ‘Wisdom, Laughter and Lines’ (’15) and ‘Crooked Calypso’ (’17).  Last year Paul released a career spanning compilation of his biggest hits and more entitled ‘The Last King Of Pop’.