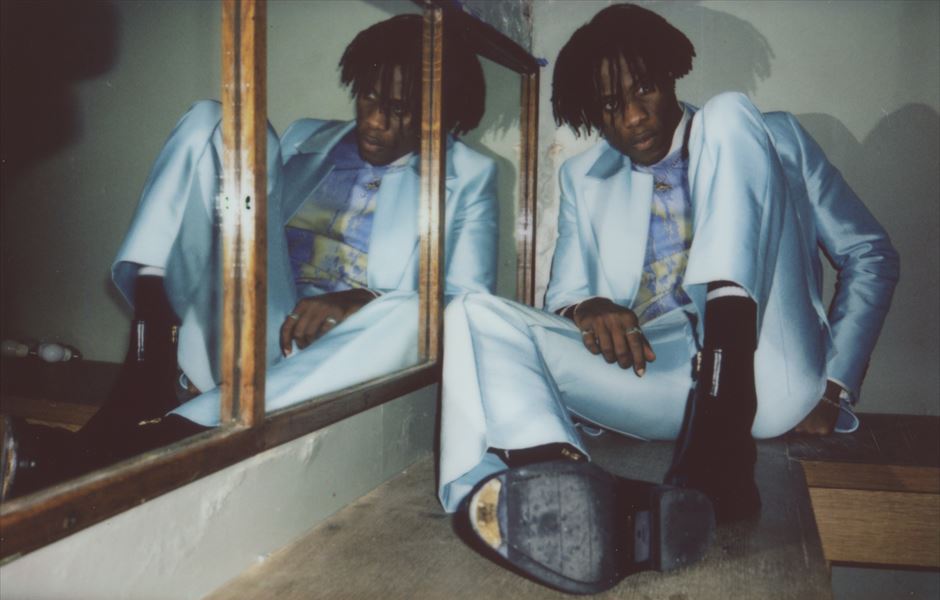 OBONGJAYAR
ANNOUNCES BRAND NEW EP ‘WHICH WAY IS FORWARD?’
LISTEN TO OPENING TRACK ‘STILL SUN’ HERE
ANNOUNCES DEBUT EUROPEAN TOUR
Photo Credit Duncan Loudon, download High Res here
There’s always been an air of mystery surrounding every aspect of Obongjayar, Emerging towards the
end of 2016, he has been called many things. A soul singer, future afrobeat, nu-jazz... but regardless of
how he’s labeled, each release manages to build upon what came before Today he releases ‘Still Sun’
the first piece of music to be released from his forthcoming EP ‘Which Way Is Forward?’ (out on 7th
February via September Recordings).
The track radiates warmth, with vocals that bend, twist and snap amid a momentous melody and
continues Obongjayar’s expressive style, - a finely balanced mix of spirituality and identity.
Speaking about the EP, he writes:
"Which Way Is Forward?" is a project about love, family, self empowerment and self belief. It’s a
mirror that allows you to look inward, to understand trauma, to heal.
It’s a project about mustering the strength - the strength to get up and clean house”
The EP announce follows an industrious year for Obongjayar, both solo and and in collaboration with
others. Most notably he worked alongside artists like Kamasi Washington, Giggs, Sampha and Ibeyi as
an integral part of Richard Russell's Mercury Nominated Everything Is Recorded project, made a guest
appearance on Wiki's "Elixir" with JJ, and appeared on Danny Brown’s critically acclaimed
‘uknowhatimsayin¿’ album.
His live appearances continued to grow too, with appearances at his regular club night "Sugarcane,"
hosted at Peckham's Rising Sun venue and in collaboration with one of the UK's most-acclaimed jazz
drummers Yussef Dayes. After headlining Peckham’s Bussey Building, he is now ready to take his
frenetic live shows across Europe in 2020 and will headline dates in Paris, Amsterdam, London and
more. Tickets go on sale at 10am GMT on Monday 18 Nov”, see full listings below:
13 Feb Paris, France Pop Up Du Label
14 Feb Amsterdam, Netherlands Melkweg Up
23 Feb Manchester, UK YES
24 Feb Bristol, UK Rough Trade
26 Feb London, UK Village Underground
Obongjayar - Which Way is Forward?
Out on February 7th via September Recordings
Tracklisting
1. Still Sun
2. Dreaming In Transit
3. God’s Own Children
4. 10K
5. Soldier Ant
6. Carry Come Carry Go
7. Frens
Cover Art:
Obongjayar online
Soundcloud / Facebook / Instagram