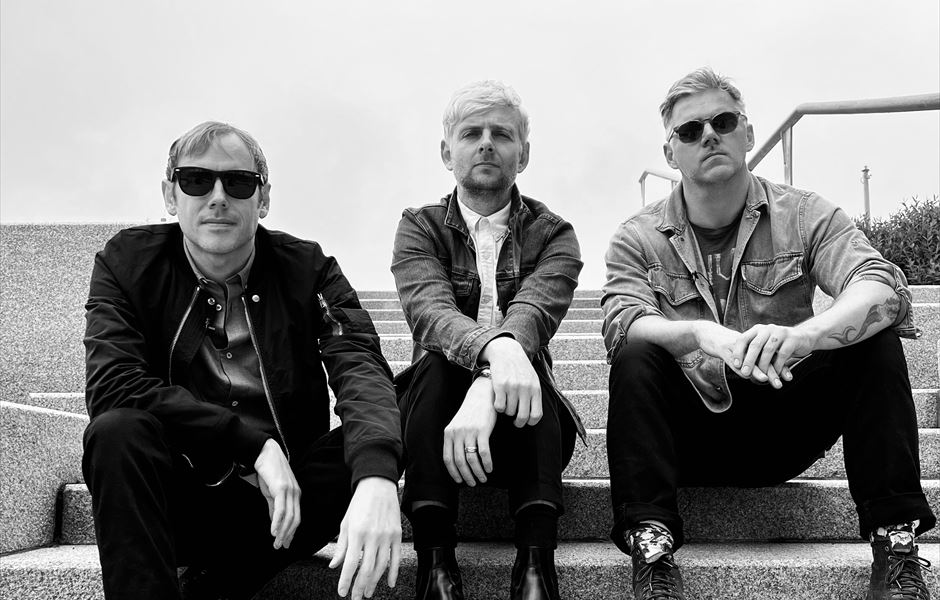 No Devotion––the trio made up of vocalist Geoff Rickly (of Thursday), bassist/producer Stuart Richardson, and guitarist Lee Gaze have just announced two headline shows for Winter 2023 as well as supporting friends L.S. Dunes.

See No Devotion live this Winter:

Seven years in the making, the bands new album No Oblivion, sees the band gift us their most personal album to date. Recorded, produced/mixed by Richardson, the album follows a string of extremely unfortunate events after the release of 2015's Permanence.

Together, the members reimagined the project as a private vault where they could store some of their most personal experiences and sounds. That is... until now. What they've spent years creating solely for one another and the joy of the process is now No Oblivion, and the resulting record is a blinding feat––its songs are deeply-rich in texture, innovative in form, and full of pain.

TICKETS GO ON SALE THIS FRIDAY AT 10AM HERE