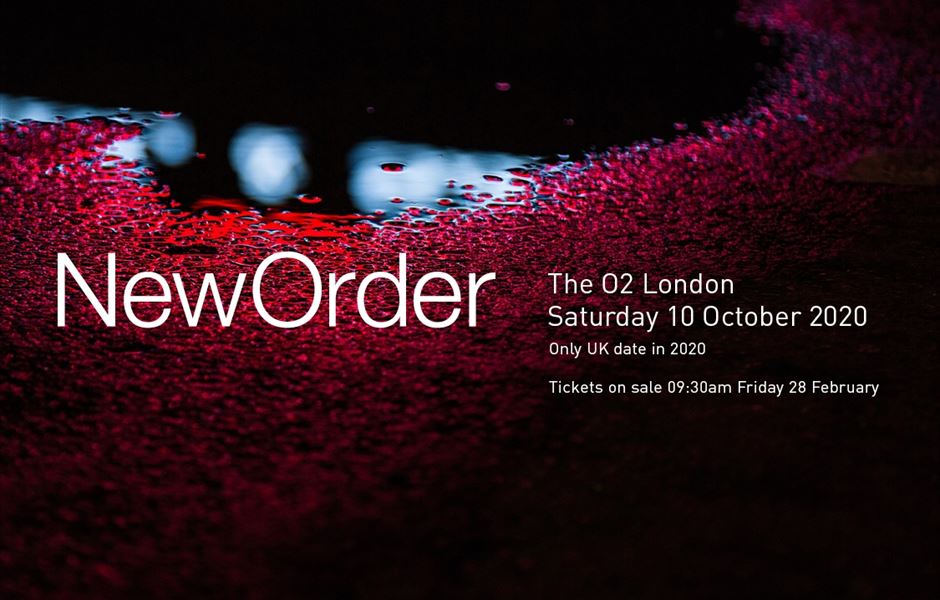 New Order are pleased to announce their only UK show of 2020, headlining The O2 on 10th October.

Making their debut at the world’s most successful music venue, it will be the first time New Order have performed in London since their critically acclaimed Alexandra Palace show in 2018.

Since the release of their 2015 album Music Complete, the band have continued to play sold out shows the world over, recent live dates have seen them headline a four-night residency at The Fillmore Miami Beach.

As previously announced today, New Order and Pet Shop Boys will embark on a co-headline tour this Autumn, playing a string of dates across the US.