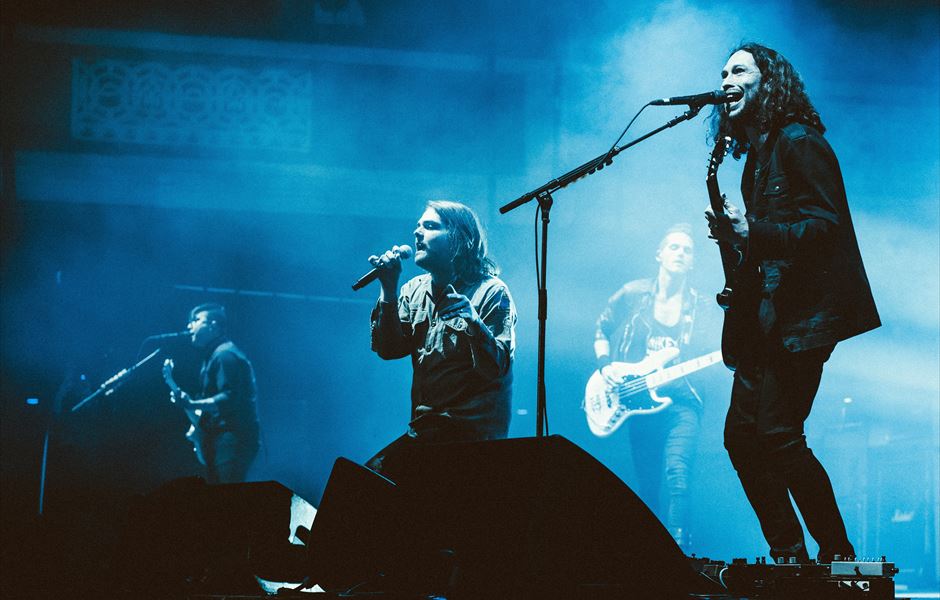 New Jersey rock band My Chemical Romance have today announced an array of supports for their long-awaited UK stadium tour this May.

The tour which is presented by SJM concerts and Paradigm will see the band play to over 160,000 fans across 8 shows, their first on our shores since headlining Reading & Leeds festival in 2011.

30th May - OVO Hydro, Glasgow SOLD OUT
Plus Starcrawler

all tickets are available here

ABOUT MY CHEMICAL ROMANCE

Formed in Newark, NJ the band independently released their debut album 'I Brought You My Bullets, You Brought Me Your Love' in 2002.  What followed, no one could have predicted.  2004's major label debut 'Three Cheers for Sweet Revenge' changed the face of the alternative rock scene with their cult like following, electrifying live shows and a message to the outsiders that has never been lost.

2006 saw the release of concept album 'The Black Parade' which launched the band into the stratosphere of global domination and mainstream success.  2010 saw the release of their last full length album 'Danger Days- The True Lives Of The Fabulous Killjoys' to critical acclaim and global touring.  Then in March 2013, the band decided to call it a day and My Chemical Romance was no more.

Fast forward to 2017, the band regrouped out of the public eye and December 2019 saw their return with an incredible live show in Los Angeles.