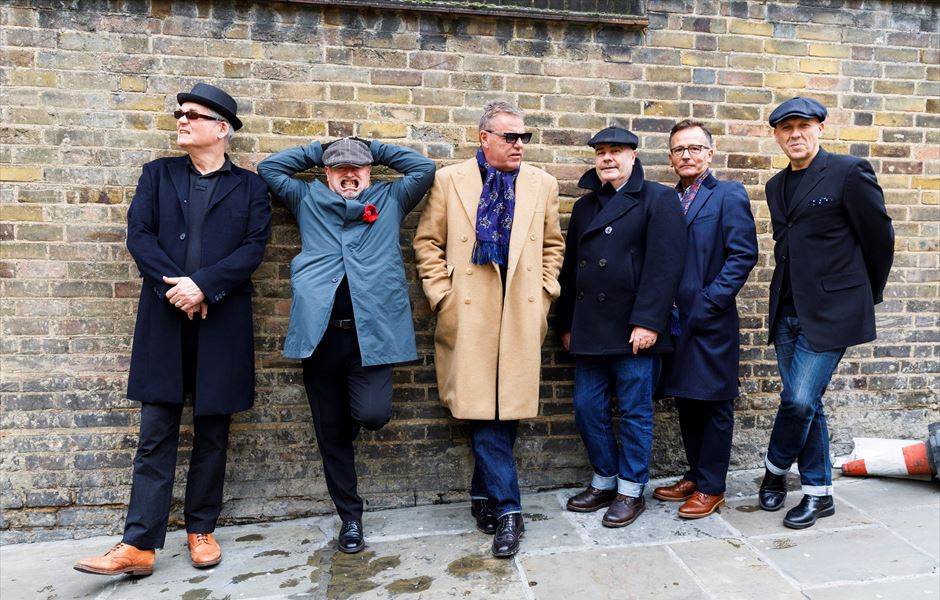 SECOND LONDON DATE ADDED AT THE SSE ARENA, WEMBLEY DUE TO PHENOMENAL DEMAND

Tickets go onsale Thursday 27th May at 9.30am

British pop giants Madness have today announced a second London date to ‘The Ladykillers Tour’ due to phenomenal demand at The SSE Arena, Wembley for Monday 20th December 2021. Tickets go on sale 09:30am on Thursday 27th May from www.gigsandtours.com.

After 18 months cooped up considering their career options (punctuated by excursions out for critically acclaimed docu-series ‘Before We Was We’ and magnificent ‘The Get Up!’ more on which later) the Nutty Boys will finally get back to doing what they do best - uniting the people for a right raucous live bash. And with a live set teeming with hits from their unrivalled back catalogue, what-a-tour this promises to be.

‘The Get Up!’ premiered on the 14th May live from the world famous London Palladium. A one-time-only global livestream scripted by Charlie Higson, the evening featured two sets of classic Madness songs including Our House, One Step Beyond and Baggy Trousers, Comedy, Mike Barson as HRH Queen Elizabeth II and guest appearances by Paul Weller and Roland Gift. The stream also saw Madness premiere three new songs, Cruelest Comedy, If I Go Mad and Baby Burglar giving fans a tantalizing glimpse into the treasure trove of future classics still bursting from the evergreen Nutty Boys.

Madness famously emerged from the backstreets of Camden Town in the late 70s and recently released a three-part original docu series with TV channel AMC about the beginnings of the band in the area. Before We Was We: Madness by Madness, chronicles the rise of one of the most loved bands in British culture and is available now on demand on BT TV.

Throughout their career, Madness have had 10 UK top ten albums, 15 top ten singles and have won a multitude of awards including a prestigious Ivor Novello. They’ve performed on the top of Buckingham Palace as part of the Queen’s Jubilee celebrations and set the record for the biggest ever audience for the BBC’s Live New Year’s Eve Broadcast - the most watched TV music event of 2018.

The band’s original video for ‘Our House’ which was filmed in the glamorous location of Willesden Junction, North London has also been painstakingly restored from the original 1982 16mm film print; this new 4k version brings this iconic video to life. Stream the track and watch the new 4K version here.

Joining Madness on The Ladykillers arena tour will be very fragrant guests Squeeze. Squeeze first formed in 1973, shortly after Chris Difford and Glenn Tilbrook had begun their songwriting partnership. By 1977 they had made their recording debut and enjoyed a string of hits, establishing the band as not just a passing footnote in new-wave history, but as an important and vital part of quintessential British music. Following solo careers, the Ivor Novello Award-winning duo reunited in 2007 to relaunch Squeeze and have been touring, writing and recording together ever since, returning to the UK album charts and airwaves with 2015’s Cradle To The Grave and 2017’s The Knowledge.

Over the last few years Squeeze have been touring extensively across the UK, USA and Australia, most recently joining Daryl Hall & John Oates on their North American tour, a highlight being a return to Madison Square Gardens.  While staying safe in the UK, Glenn and Chris have both been writing and keeping busy with online activity, whilst looking forward to returning to the live stage.

The Ladykillers Tour will make the following stop offs.

TICKETS ONSALE THURSDAY 27TH MAY AT 9.30AM