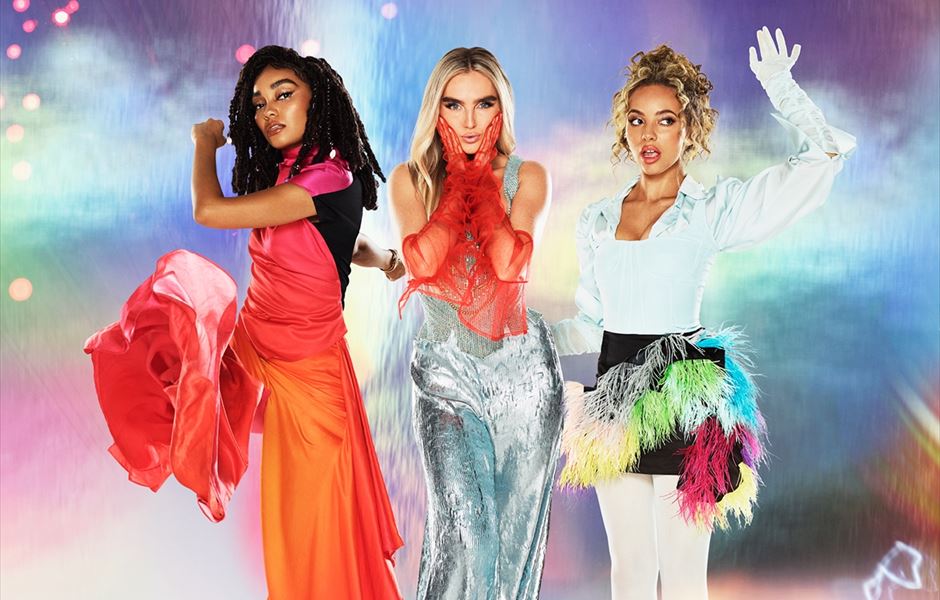 PLUS SPECIAL GUESTS SINCE SEPTEMBER

THE NEW ALBUM CONFETTI FEAT THE NO.1 SINGLE SWEET MELODY IS OUT NOW

Due to phenomenal demand, global pop superstars and Brit Award winners Little Mix have today announced three matinee shows in Newcastle, Birmingham and Manchester to their massive UK and Ireland Arena Tour for 2022.

The Confetti tour will see Perrie Edwards, Leigh-Anne Pinnock and Jade Thirlwall perform songs from their hit album 'Confetti' featuring smashes 'Holiday', ‘Confetti’ featuring Saweetie, 'Break Up Song' and the number one single ‘Sweet Melody’, alongside some of their greatest hits including 'Touch', ' Woman Like Me', ‘Black Magic’ and 'Shout Out To My Ex'.

Tickets for the matinee dates go on general sale Friday 16th July at 9am. Tickets for all dates are available from https://www.gigsandtours.com.

With over 60 million records sold, 10 billion global streams, over 5 billion YouTube views, 5 platinum albums, 5 UK number 1 singles, and over 2 million tickets sold Little Mix are officially the world’s biggest girl band. Since forming 10 years ago Little Mix have been an unstoppable force in British pop music. The recent album Confetti gave them their 6th top 5 album and included the number 1 single “Sweet Melody” which has reached over 200 million streams worldwide. VEVO crowned them the Most Watched UK Act Of 2020 and the UK charts recently classed them as the Best Selling Girl Group In UK History based on track sales.

Little Mix have chosen to partner with both Black Minds Matter UK and Nordoff Robbins Music Therapy. £1 (€1 in Eire) of the ticketing fees (per ticket) will be distributed between them equally (subject to VAT).

Nordoff Robbins Music Therapy - a charity that uses the power of music therapy to enrich the lives of people
affected by life limiting illness, isolation or disability www.nordoff-robbins.org.uk.