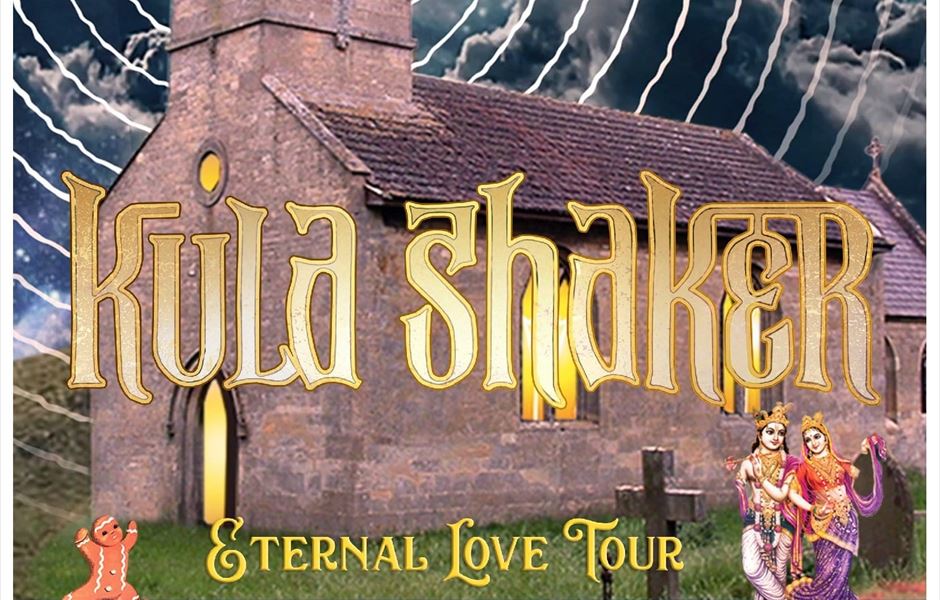 Following the release of their acclaimed double album '1st Congregational Church of Eternal Love (and free hugs)’ and off the back of a successful year of touring in Europe and Japan, Kula Shaker will play 14 dates in January and February 2023. The ‘Eternal Love Tour’ will see the band playing venues from Edinburgh to Exeter and follows the announcement of a one-off special show at London’s Shepherds Bush Empire on December 8th.

Frontman Crispian Mills comments "What the world needs now is LOVE, sweet love. (affordable fuel, food, world peace and an end to debt-slavery would also be nice); so light up the incense and break out the magic mantra-cake as we're taking the 1st Congregational Church of Eternal Love (and free hugs) on the road to lift-off '23 with some all-round good vibes."