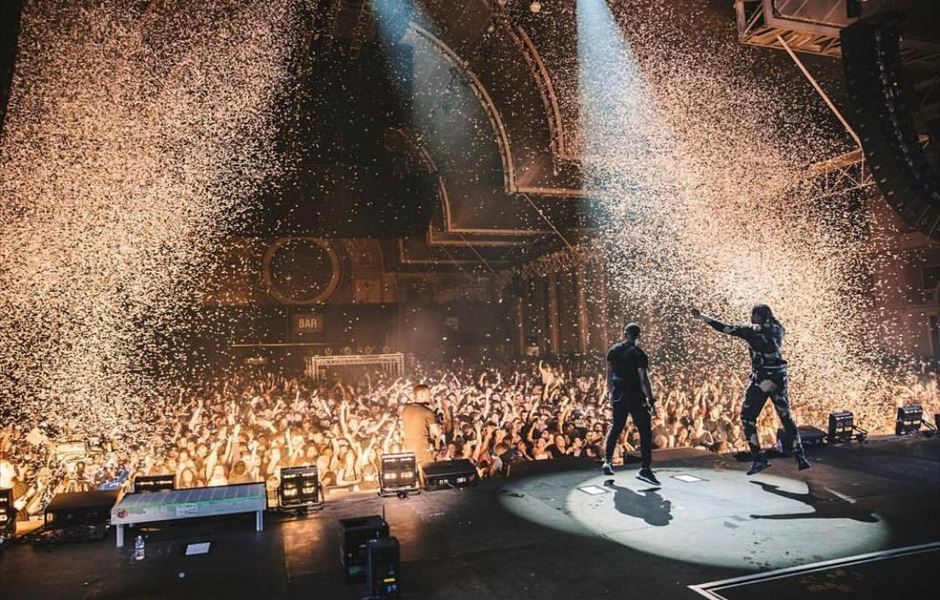 “A loud, brash and hugely entertaining set that did nothing but further justify Krept & Konan’s place in the upper echelons of the UK music scene.” – The Independent

“Chart heavy-hitters electrify on sold-out home turf… Their mainstream popularity hasn’t diluted any of their initial appeal, either. The duo are chart heavy-hitters with an album full of tracks that translate live” – The Guardian

Krept & Konan’s 2019 Headline UK & Ireland Tour will see the boys head out on the road again for the first time since their headline sold out show at Alexandra Palace last Autumn. Encompassing eight shows across eight cities it will kick off on 23rd November at Olympic Theatre, Dublin and wrap up on 5th December at The O2, London, (see below for details on all dates).

Tickets go on sale at 9AM on Thursday 29th August, following the pre-sale starting at 9AM on Tuesday 27th August, and will be available to purchase here. Fans can get access to the pre-sale by pre-ordering the forthcoming, yet to be announced album via the official Krept & Konan store – more details here.

The announcement of Krept & Konan’s 2019 Headline UK & Ireland Tour follows the release of I Spy ft. Headie One and K Trap, which debuted at #18 in the UK charts on release, (making it Krept & Konan’s second Top 20 single), and was the first official single to be lifted from Krept & Konan’s highly anticipated forthcoming second studio album.

‘I Spy’ came hot on the heels of their release of Ban Drill (with its accompanying Rapman directed shortfilm), which addressed the controversial move by the State and the Police to ban Drill music. Around the release of Ban Drill, Krept & Konan launched a change.orgpetition (asking the CPS to ‘stop silencing musicians’) and were invited by Diane Abbott MP to the Houses of Parliament to debatewhether or not censoring Drill music and prosecuting Drill artists is an effective way to combat crime.

In 2017 Krept and Konan made history with 7 DAYS and 7 NIGHTS, when they became the first act ever to have two mixtapes simultaneously enter the Top 10 of the Official UK Albums chart. They’ve now notched up a #2 album, two top 10 mixtapes (with 7 DAYS now certified silver), one platinum single (Freak Of The Week ft. Jeremih), three silver singles, and a total of over half a billion streams. The past year alone has seen Krept & Konan sell out a headline show at Alexandra Palace, perform main slots at Wireless and Reading & Leeds Festivals, and successfully launch their restaurant Crepes & Cones in their native Croydon.