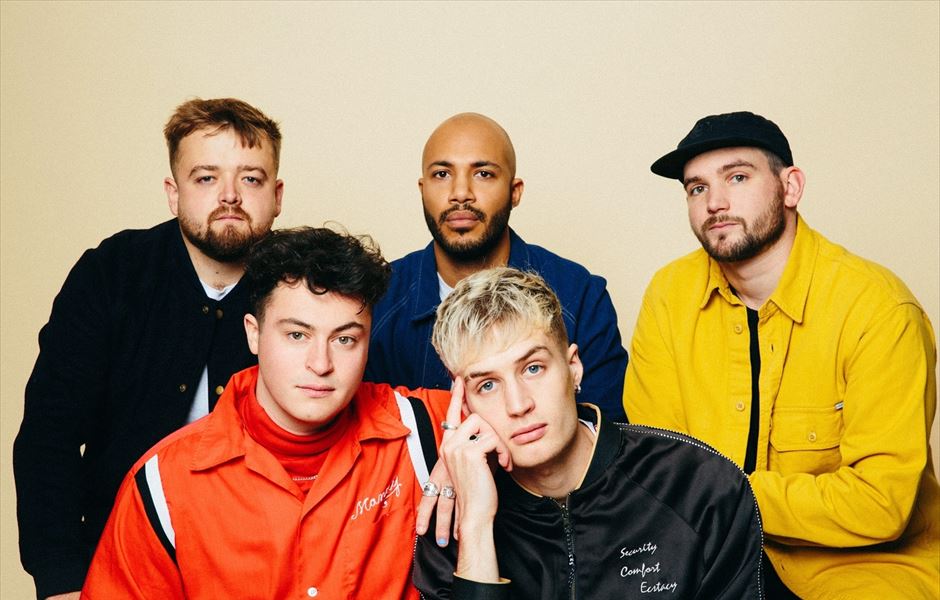 THE FIRST TRACK FROM THEIR FORTHCOMING MIXTAPE OUT THIS SUMMER

THE BAND INTRODUCE THEIR NEW HOME, ‘PARADISE HEIGHTS’ IN THE ‘CHASING / WASTING TIME’ VIDEO, OUT NOW

The song is yet another gorgeous slice of alt-pop, featuring the band’s lush, trademark vocal harmonies and infectious melodies. The single is the first song from the band’s new mixtape which will be out later in the year.

The breeziness of the sound though hides a more serious subject matter as the band ruminate of the trials and tribulations of trying to make it as musicians, with lines like “You’re just one of the fifty chasing the sun maybe you won’t be the one“ giving a hint at the uncertainty that comes with chasing your dreams

“Chasing/Wasting Time’ is our way of describing just how difficult it is to make it in the music game’ the band explain. “In the song, we wanted to use the loose visual of a physical race as a metaphor for how competitive it can be, to be the one to make it. It’s kind of our own reflective tale of self-doubt & progression.”

In the video for the single we find the band forging forward with a new venture. Deciding to create a space in which to  pull together and focus all of their creative endeavours, the band build the self-styled Paradise Heights, a secret bunker and HQ for all things KAWALA (expect to see a lot more of this space during 2021).

Like everyone involved in music, the band had a hard time in 2020 with the pandemic scuppering everyone’s plans. Despite this, they forged ahead, finding new ways to interact with their audience throughout the year and have come out stronger because of it. In July they went on the road for a special, socially distanced outdoor tour (the first band to do so), playing free acoustic sets in parks around the country to a controlled number of their fans, organised via Whatsapp.

They were also made patrons of the Music Venue Trust who have been supporting grassroots venues throughout the difficult times of recent months. In partnership with MVT the band played a 100% live show from London’s Hoxton Hall which was streamed to 2,500 viewers (the equivalent of a sold-out Kentish Town Forum) with guests including Arlo Parks, The Amazons, Everything Everything and more.

Centered around the core duo of singer Jim Higson and guitarist/singer Daniel McCarthy, KAWALA aren’t your typical band. Their melodically rich sound is cushioned with the pair’s gorgeous harmonies, driven by Daniel’s unique finger-style acoustic guitar playing, and inflected with sounds from genres far beyond the one they inhabit. As their sound developed the pair decided to invite some friends to join them and eventually added Ben Batten on drums, Dan Lee on guitar and Reeve Coulson on Bass.

In 2021 the band will be taking their full, high energy live show on the road proper as they play the rescheduled shows of their 2020 tour, concluding with their biggest London shows to date at the Kentish Town Forum.