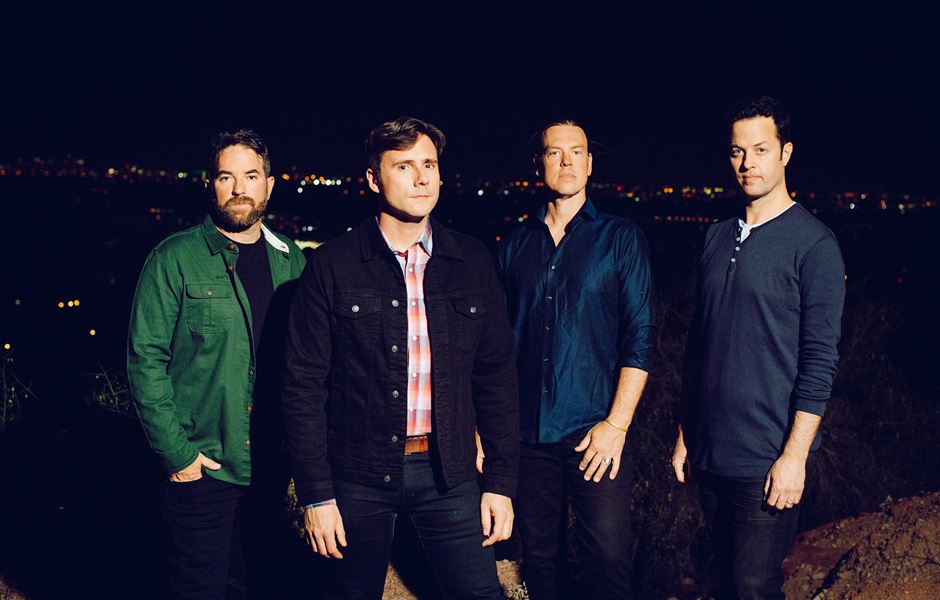 Tickets on General Sale on Friday 22nd November at 09.00am

“A collection of polished alt-rock pick-me-ups and feel-good collaborations,” Billboard

Jimmy Eat World today announce a string of European headline shows for the summer of 2020. In the UK, the acclaimed Arizona four piece will headline Manchester O2 Academy (7th July 2020) and London Brixton Academy (8th July 2020). In addition to these dates, the band are set to headline the Thursday of the 2000Trees Festival on 9th July 2020. Full European tour dates listed below.

Released on 18th October, the band’s critically acclaimed 10th studio album Surviving is their most personal, ambitious album to date and frontman Jim Adkins once again proves himself as one of the most prolific songwriters in rock & roll. The 10-track album, which was produced by the band and Integrity Blues producer Justin Meldal-Johnsen, is out now.

To christen the arrival of ‘Surviving’ and on their way to securing their highest ever UK album chart position, the band enjoyed a week long stay in the UK, including gigs at Camden’s Roundhouse with Biffy Clyro at the annual Pre Q Awards show, Sheffield’s Leadmill, Birmingham’s new HMV Vault, Banquet Records’ Pryzm and a special Live to Vinyl event at the legendary Metropolis Studios, London.

Jimmy Eat World today announce the below live dates for 2020:

Tickets on General Sale on Friday 22nd November at 09.00am