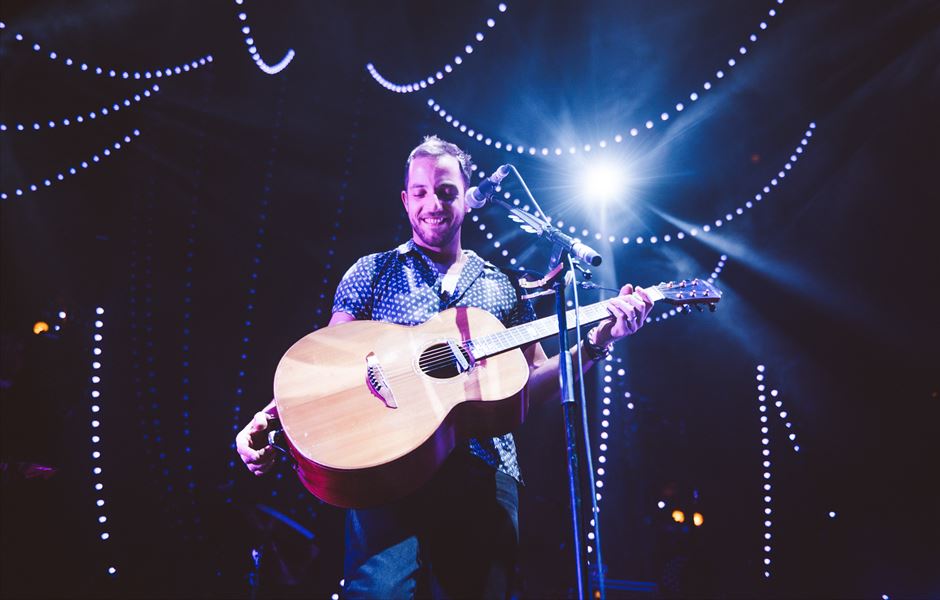 INCLUDES A MAJOR LONDON SHOW AT THE PALLADIUM

2022 will see James Morrison tour the UK for the first time in two-and-a-half years when he hits the road with his first ever ‘Greatest Hits’ tour. Featuring his five unforgettable Top 10 hits (‘You Give Me Something’, ‘Wonderful World’, ‘You Make It Real’, ‘Broken Strings’ and ‘I Won’t Let You Go’) together with a selection of fan favourites, the tour represents a life-affirming celebration of a remarkable career that has spanned 15 years.

The 22-date tour includes a major London show at the Palladium, and will see James play to a total audience of approximately 45,000 people.

James Morrison commented, “It’s been way too long since I saw you all and I’m so excited to announce these special shows.

Playing live is something I have really missed in the past year and seeing as it’s been nearly 15 years since I started, many of my songs over time have taken on a new life of their own:  new emotions, new meanings and new feels in the way my band has played them. I’ve also become a better singer and inhabit the songs in a different way now. I wanted to reflect all of that on this Greatest Hits tour.

I am buzzing to be back in a room with all my fans sharing my best songs. I can’t wait to see you all, it’s going to be amazing!”

Tickets go on general sale from 10am on Thursday, July 22nd and can be purchased HERE.

Today’s announcement coincides with the 15th anniversary of the release of James’s debut album ‘Undiscovered’ in July 2016. Featuring his breakthrough smash hits ‘You Give Me Something’ and ‘Wonderful World’, the album became one of the biggest of the decade, first debuting with two weeks at #1 and later reaching 5x Platinum status in recognition of 1.5 million domestic sales. The following year he won the BRIT Award for British Male Solo Artist, an accolade he was nominated for on another two occasions.

His success has continued throughout the four albums that followed, notably with 2011’s #1 ‘The Awakening’ and his most recent set, 2019’s raw and revealing ‘You’re Stronger Than You Know’. Throughout the course of his career, James has collaborated with high profile talents such as Gary Barlow, Nelly Furtado, Joss Stone and OneRepublic.

James recently joined his musical hero Paul Weller for a Live From The Barbican show, which was broadcast on Radio 2, 6 Music and BBC Two. Accompanied by Jules Buckley and the BBC Symphony Orchestra, their soulful performance of the ‘Stanley Road’ classic ‘Broken Stones’ proved to be a highlight of the set. Weller chose their collaboration to be the lead single from his upcoming album, ‘An Orchestrated Songbook’, which documents the performance and will be released on December 3rd.

As his huge and loyal following continues with 4.3 million monthly listeners at Spotify, expect more news from James later this summer.