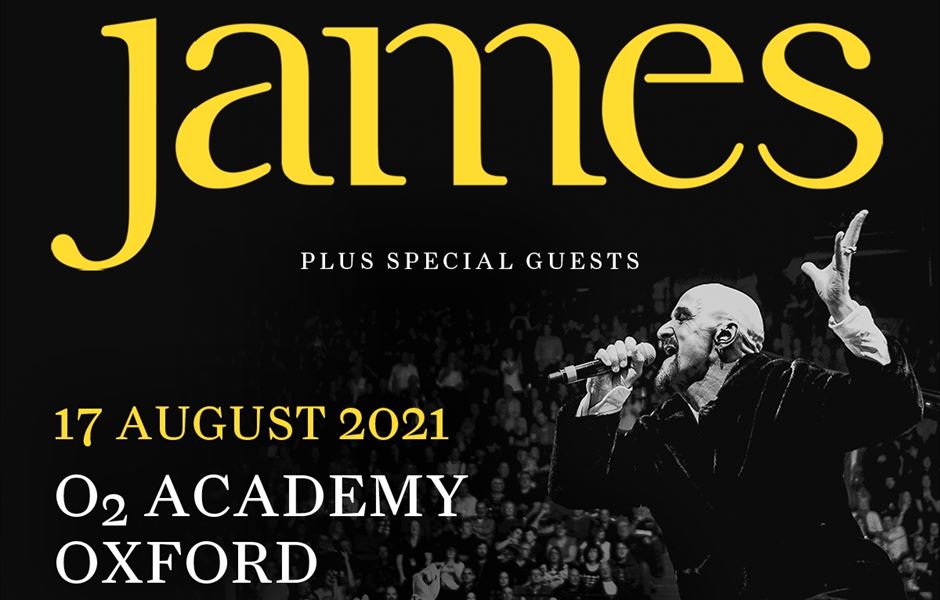 NEW ALBUM ‘ALL THE COLOURS OF YOU’ OUT NOW

“With their 40th anniversary looming, they’re at a late-period peak.. the most moving writing of his career.” MOJO ****

“Both an album for today and a testimony to their formative drive.” Record Collector  ****

“An album that thrums with a sense of urgency both timely and slightly remarkable for a band entering it’s 40th year.” UNCUT

Following the release of their new album ‘All The Colours Of You’ James have today announced a very special summer preview headline show at Oxford O2 Academy on Tuesday 17th August 2021. Tickets go on sale Friday 23rd July at 10:00am and will be available from www.gigsandtours.com. VIP Packages including exclusive access to soundcheck are also available.

James released their 16th studio album on 4th June via their new label, Virgin Music Label & Artists Services and a new publishing home, Kobalt Music. The album received rave reviews and debuted at number 3 on The UK Official Albums Chart. Today the band also release a stunning new acoustic video for their current single “Beautiful Beaches”, filmed in the conservatory of the Broughton Hall Estate in Yorkshire. It follows the recent video online for track ‘Getting Myself Into’ - the first to feature the full band since ‘We’re Going to Miss You’ in 1999.

‘All The Colours Of You’ was recorded in part before the Covid pandemic struck and is produced by the Grammy award-winning Jacknife Lee (U2, REM, Taylor Swift, Snow Patrol, The Killers). The result is a record with the most-fresh and festival ready tracks of their 39-year career, the sound of one of Britain’s best bands, deconstructed and reassembled by one of the world’s most renowned producers.

Since their breakthrough single in 1991, ‘Sit Down’, James have released 15 studio albums, selling over 25 million copies in the process, and performed countless headline shows and festivals across the world. They continue to be a huge live draw, having sold 60,000 tickets for a UK arena tour scheduled for this November and December, a tour which has sold faster than any previous James tour.

James are excited to be back on the road this summer and will be performing tracks from the new record and many more from their rich catalogue live at their new show at Oxford O2 Academy in August and also across their festival dates in the UK and Europe.

16th September - UK, Newcastle - Exhibition Park, This Is For The NHS