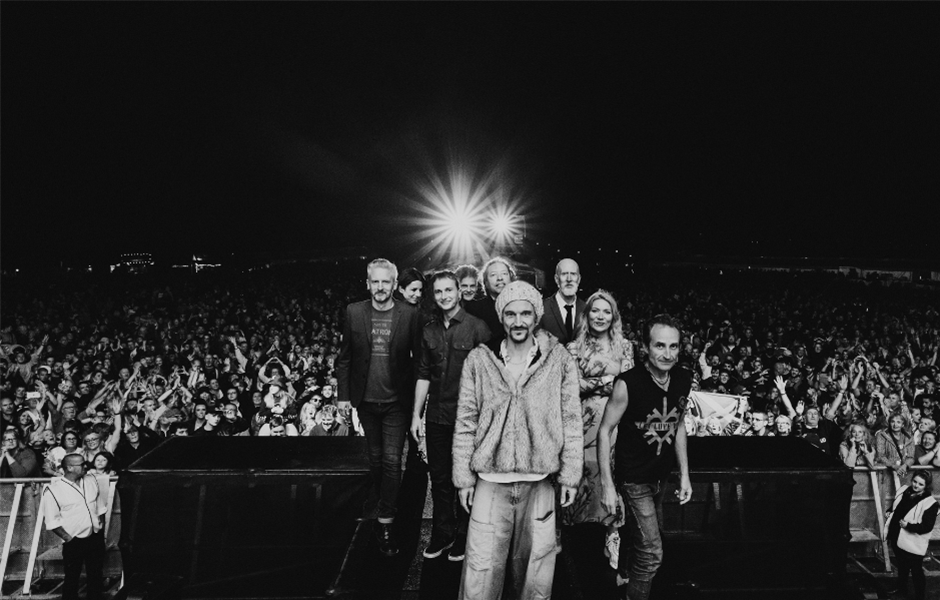 Today (11th Nov) James are pleased to announce the ‘James Lasted’ tour and the release of a double album, both featuring a full orchestra and gospel choir in celebration of the band’s 40th Anniversary.

The double album will feature new versions of their greatest hits, fan favourites and deep cuts and will also include one brand new track. Recorded at Blueprint Studios, Manchester with a 22 piece orchestra and gospel choir, the album is arranged and conducted by Joe Duddell (Elbow, New Order). Full details including release date, track-listing and formats are to be announced soon.

One of Britain’s most enduring success stories, James have released 16 studio albums, selling over 25 million copies with their recent run of Top 5 albums proving to be a golden era for the band. All The Colours Of You released in 2021 was their most critically acclaimed in many years, preceded by Living in Extraordinary Times and Girl at the End of the World which only narrowly missed out on the top spot in 2016 to Adele.

Also announced today, to coincide with 40 years since their first show as James (The Hacienda, supporting Big Country - 17th Nov 1982) is the ‘James Lasted’ tour, accompanied by orchestra and gospel choir.  The new run of live dates next year includes Liverpool’s Philharmonic Hall and Birmingham Symphony Hall and concludes at The Royal Albert Hall, London.

Tickets are available on Friday 18th November at 09:30 via wearejames.com, gigsandtours.com and ticketmaster.co.uk.