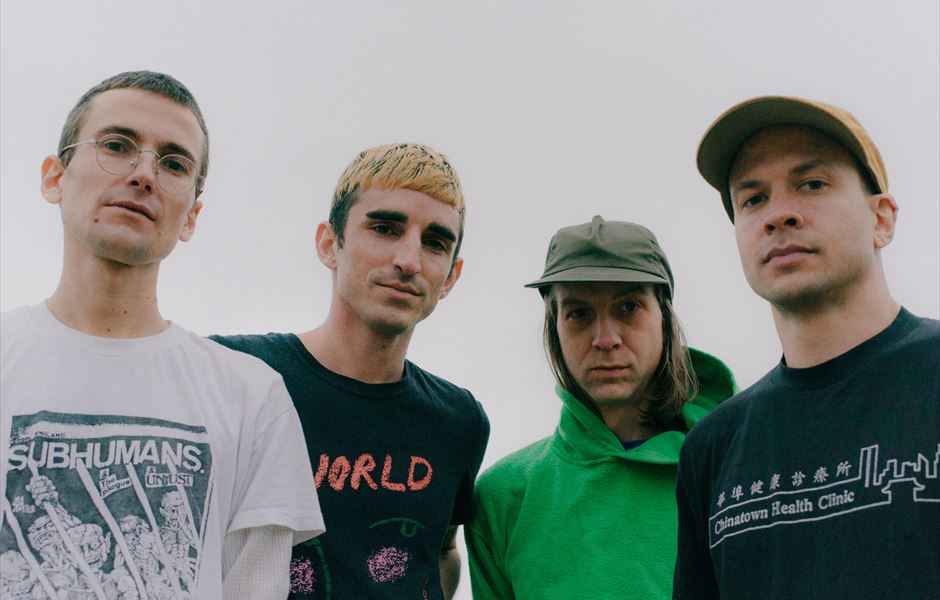 "a new slowcare gem" - The Line Of Best Fit

DIIV today also announce news of a full UK tour for February 2020 including their biggest London show to date at The O2 Forum Kentish Town on 27th February 2020. Tickets go on sale on Tuesday 27th September at 9am. The band will embark on a North American tour in October and December including Desert Daze Festival and a performance at Warsaw in Brooklyn, NY on October 24th, with European dates still to be announced. Full dates are listed below with UK shows in bold, and tickets are available here

Rebirth takes place when everything falls apart. On Deceiver, DIIV craft the soundtrack to personal resurrection under the heavy weight of metallic catharsis, upheld by robust guitars and vocal tension that almost snaps, but never quite. The new album from Zachary Cole Smith (lead vocals, guitar), Andrew Bailey (guitar), Colin Caulfield (vocals, bass) and Ben Newman (drums) was recorded in Los Angeles with producer Sonny Diperri (Protomartyr, Trent Reznor), marking the first time the band has written as a unit or worked with an outside producer. It is preceded by 2012’s Oshin and 2016’s critical and fan favorite Is the Is Are. NME ranked the latter in their Top 10 albums of the year and Pitchfork’s audience voted it one of the Top 50 albums of 2016 whilst the outlet dubbed it “gorgeous.”