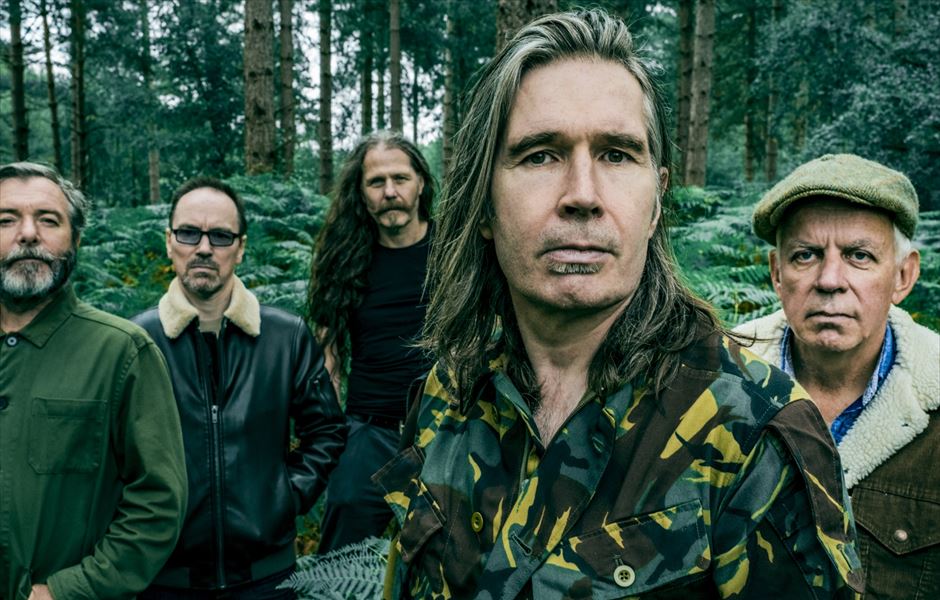 NEW ALBUM ‘FATAL MISTAKES’ TO BE RELEASED ON MAY 28TH

While it’s been 19 years since Del Amitri last released a studio album, their current single ‘It’s Feelings’ proves that their flair for crafting melodic rock songs with lyrical bite, soulful comfort and heart-swelling uplift has only strengthened in the intervening years. And the reaction has been overwhelmingly positive with the single earning strong support at radio, while early acclaim for its parent album ‘Fatal Mistakes’ has come from Mojo and Classic Pop.

Now Del Amitri’s return gathers pace with news of their first full UK headline tour since the summer of 2018. Culminating at Glasgow’s iconic Barrowland, the tour also includes a substantial run of dates in Scotland and a major London show at the Palladium.

Del Amitri frontman Justin Currie commented, “It’s been nearly 20 years since we toured with a new album, lord knows what took us so long. The prospect of sprinkling our set with a few choices from ‘Fatal Mistakes’ fills us with the sort of excitement that, for some men of our age, might call for light medication. We think the adrenaline will see us through.”

Tickets go on general sale at 9am on Friday, 9th April from www.gigsandtours.com,  www.ticketmaster.co.uk and www.delamitri.info.

Contemporary heartland rock quintet The Byson Family will support on all dates. Fronted by former Temperance Movement vocalist Phil Campbell, the soft release of the band’s debut album ‘Kick The Traces’ went straight to #1 on the Independent Breakers chart and to #3 on the Scottish Albums chart when it was released in January. An extended version of the album will receive a full release this summer.

Throughout their first chapter, Del Amitri released a succession of hits - including ‘Nothing Ever Happens’, ‘Always The Last To Know’ and ‘Roll To Me’ - which became international radio staples, propelling a career that accomplished five UK Top 10 albums and 6 million sales. They reunited for sold-out tours in 2014 and 2018, when core members Justin Currie (vocals/bass) and Iain Harvie (guitar) began writing songs that would form the foundations for ‘Fatal Mistakes’. The line-up is completed by Andy Alston (keys), Kris Dollimore (guitar) and Ash Soan (drums).

‘Fatal Mistakes’ will be released on CD, vinyl and digital formats and is available to pre-order here. The Del Amitri official store offers a selection of exclusive formats including coloured vinyl and a cassette plus new merch designs. It also offers the five-track CD ‘Outtakes and B-Sides’, which features five unreleased tracks from the ‘Fatal Mistakes’ recording sessions.

In addition, Del Amitri have launched a ‘Making Music’ series of videos. The campaign features a wealth of new content, with weekly videos including track-by-track commentary on the new album as well as Currie’s solo versions of the songs. Fans can access the content by pre-ordering ‘Fatal Mistakes’ or by purchasing an exclusive ‘Making Music’ pass.