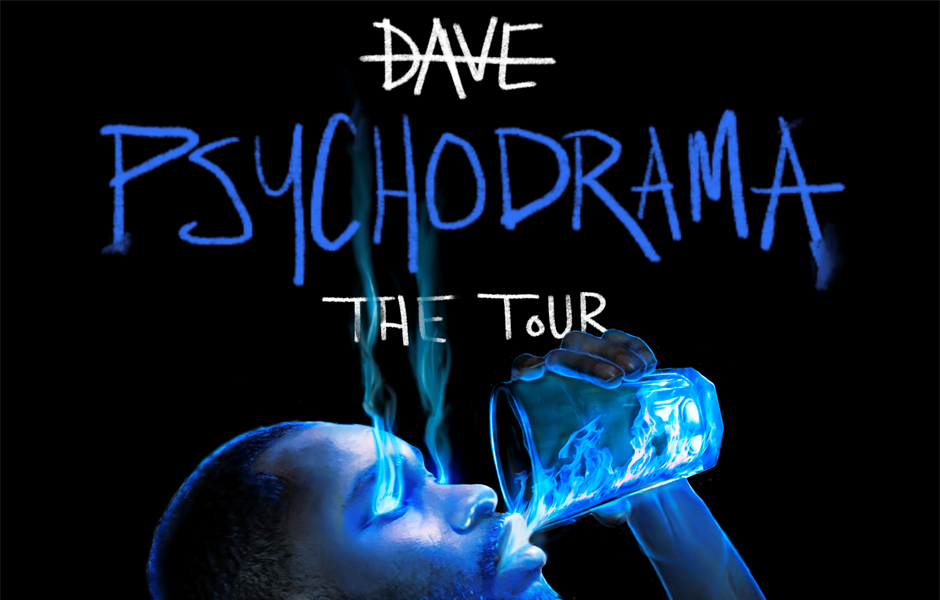 Including Two Nights at O2 Brixton Academy This May

Out this March 8th

Today, British musical prodigy Dave announces a massive 15-date headline tour across the UK this April, including two very special homecoming shows at O2 Brixton Academy in early May. After spending the majority of last year recording, these new live dates mark Dave’s first UK headline tour since 2017 and follows the announcement of his debut album ‘Psychodrama’. Tickets will be on sale at 9AM this Thursday from Dave’s site HERE.

On Thursday of last week, Dave released ‘Black’, a powerful meditation on black identity, excellence and the diaspora. The first taste of new music this year, the track has already won widespread acclaim from critics and audiences alike for its profound lyrics and striking visuals.

The single is the first taste of new music since ‘Funky Friday’ debuted at No.1 on the Official Charts last November, making Dave only the second artist to debut a track at No.1 in the UK last year after US superstar Drake.

From becoming the youngest ever winner of an Ivor Novello Award for Best Contemporary Song for his politically-charged single ‘Question Time’ to amassing over 600m streams as a completely independent artist, Dave continues to establish himself as one of the most important young voices in Britain today.

Tickets available from 28 February at 9am from https://www.gigsandtours.com/tour/dave