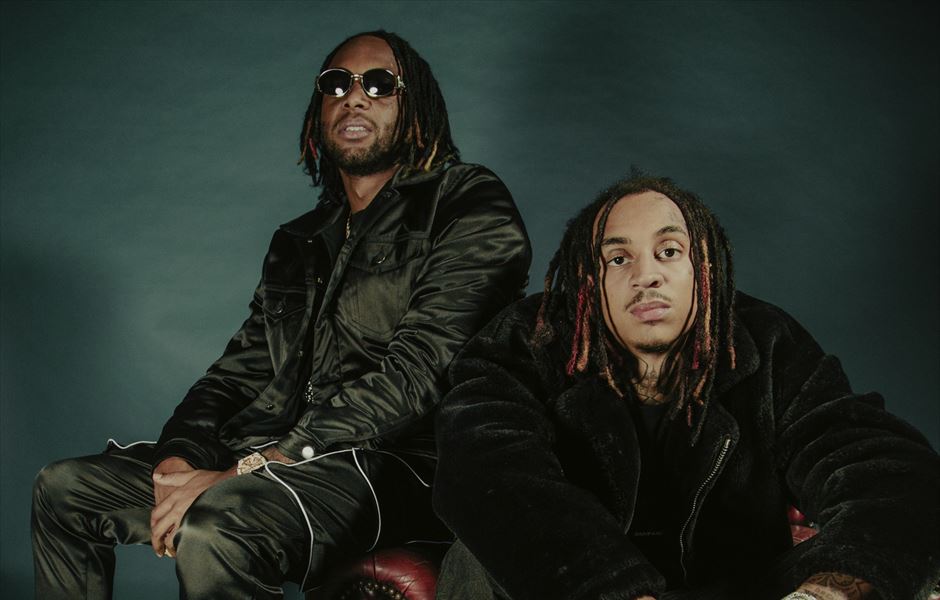 Album ‘The Blueprint: Us vs. Them’ Out Now

D-Block Europe announce their huge 2021 arena tour, including a show at The O2, London. The May tour will begin in Dublin at Olympia and finish in Manchester AO Arena and will be the duo’s biggest tour to date by far. Fans who purchase the album from the band’s store will have exclusive access to pre-sale for 24 hours. Pre-sale access is from Wednesday 14th October at 9am, with general on sale on Thursday 15th October at 9am here.

The tour announcement comes following the release of their highly anticipated debut album ‘The Blueprint – Us Vs. Them’ last Friday. Fuelled with 29 tracks, the new body of work is the duo’s most complete and comprehensive project to date. ‘Shame On Me’ see the pair take responsibility for their own actions, while ‘Proud’ is a conscious letter to their loved ones and ‘Top Thai’ references their Muslim values. Despite three mixtape releases last year, the album sees them continue to push their sound and delivers the energy D-Block Europe’s die-hard fans continue to crave. With DBE not wishing to rely on features, there are only a select couple of UK Rap heavy-weights in Stefflon Don and Aitch, as well as singer-songwriter Raye on the album. To celebrate the album’s release, D-Block Europe put on a two-day pop-up shop this  previous weekend (October 10th and 11th) in London.

D-Block Europe, compromising of Young Adz and Dirtbike LB, have steadily positioned themselves as pioneers of a whole new wave of rap, better known for its distinct style, unfiltered lyrics and dynamic flow. Their 2019 debut mixtape 'Home Alone' peaked at #6 in the UK Official Charts, with 'PTSD'  following shortly after achieving a #4 spot. This led to two shows at Alexandra Palace in November which sold out in a just four hours. Shortly after came the release of their third mixtape of 2019 'Street Trauma' which debuted at #9, giving D Block Europe the title as the only UK artist(s) to have three top ten mixtapes in one year. The start of 2020 also saw D Block Europe receive a BRIT Award nomination for Best British Group.