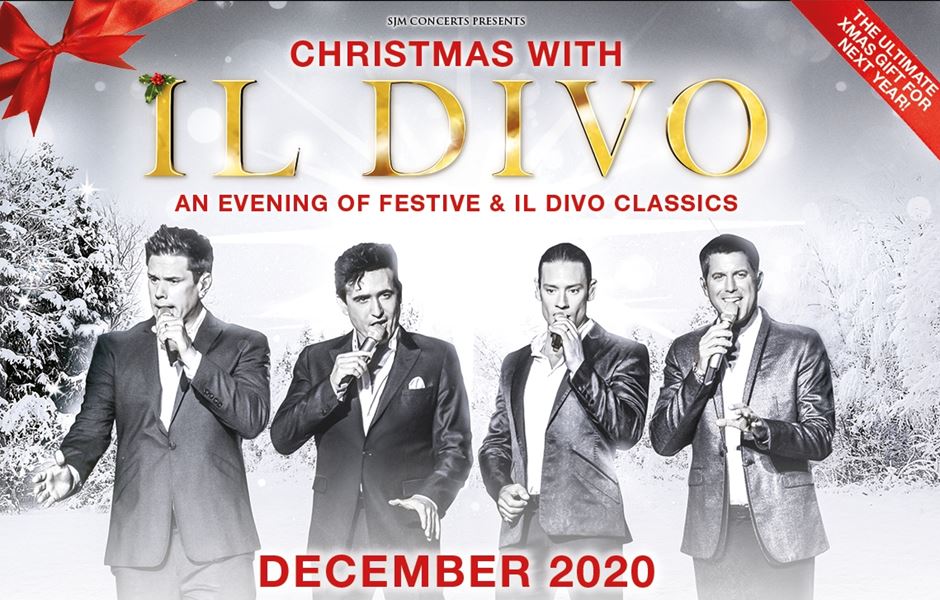 AN EVENING OF FESTIVE AND IL DIVO CLASSICS

The original and the best classical cross over group of all time Il Divo return to the UK in December 2020 for the Christmas With Il Divo tour which will see them perform all their greatest hits and festive classics live.

Carlos Marin, Urs Buhler, Sebastien Izambard and David Miller where brought together 15 years ago and spearheaded an entirely new musical genre with their ground-breaking debut album. Il Divo have evolved into the pre-eminent tenor powerhouse vocal group with 160 Gold and Platinum albums in 33 countries to their credit, over 30 million albums sold, and were the first Classical Crossover artists to have an album debut at #1 on Billboard’s Top 200 chart. They released their 8th studio album Timeless last year.

No strangers to festive spirit, Il Divo released the platinum selling Christmas Collection studio album in 2005 selling over 1 million copies in the US alone.  Next Christmas, Il Divo will be performing festive classics as well as their much-loved greatest hits creating the ultimate fan experience.

Tickets for Christmas With Il Divo go on sale 10:00AM, Wednesday 11th December via www.gigsandtours.com and www.ticketmaster.co.uk . VIP Packages are also available at WWW.SJM-VIP.COM.